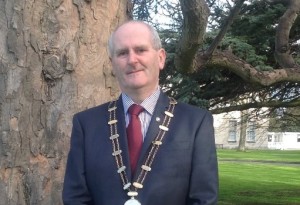 President of the PTAA, James Shevlin

The Pioneer Total Abstinence Association has said it is “fully in favour” of the ban on the sale of alcohol on Good Friday and the Association wants it to remain in place.

Speaking to CatholicIreland.net, James Shevlin, President of the Pioneers in Ireland, said Good Friday “is just one of two days in the entire year when alcohol cannot be sold. This represents approximately 0.5% of the entire year.”

He was responding to calls by the Licensed Vintners’ Association and the Vintners’ Federation of Ireland to the Government to remove the ban that prevents licensed premises from selling alcohol that day.

The two groups have claimed that the Intoxicating Liquor Act 1927, the legislation that gives effect to the ban, is “outdated and discriminatory”. They also claim the ban will damage the tourism industry.

Donall O’Keeffe, chief executive of the LVA told The Times, “Forcing pubs and all licensed hospitality businesses to close sends a very negative signal to tourists and visitors, who are left baffled and disappointed by the measure.”

However, James Shevlin argues that Ireland has liberal licencing laws throughout the year and that opening times have increased and have been extended down the years to give increased trading opportunities.

He stressed that the Pioneer Association is not anti-alcohol; rather members are opposed to the abuse of alcohol.

He underlined that the A&E departments in the country’s hospitals are “beyond breaking point with overcrowding, and this is exacerbated by the extra pressure of alcohol-related admissions.

“Our hospital beds are occupied with up to 2,000 patients with illnesses related to excess alcohol and in the region of three people per day die in Ireland for the same reason. These are facts presented by medical experts. The supply of alcohol needs to be controlled to avoid this culture going out of control.”

The PTAA president also highlighted that Ireland figures prominently in European and world tables, especially in relation to binge drinking.

Another reason the Pioneers are opposed to the lifting of the Good Friday ban relates to the Association’s Christian ethos.

James Shevlin explained that the Pioneer Association is both a spiritual and a temperance movement.

“It was established by Fr James Cullen in 1898 as a form of sacrifice to the Sacred Heart of Jesus to pray for those who had suffered the ills of alcohol abuse. Pioneer members did this by freely abstaining from alcoholic drinks. Therefore the Association is deeply embedded in both the ethos of Christianity and also in the interests of promoting a healthy and responsible attitude towards alcohol.”

Speaking to Catholicireland.net, Mr Shevlin said, “The Good Friday ban should remain in respect to our Christian heritage and belief and the unique part of Jesus Christ in our salvation. We need to promote and encourage sobriety and adding an extra day of opening is not the way to do that.”

He continued, “The ban on the sale of alcohol on Good Friday became enshrined in law in the 1920s to acknowledge the sacredness of the day in the Christian calendar. Of all the days of the year, Good Friday is the most solemn of the entire Christian year as it commemorated the death of Jesus Christ, whose Heart is the symbol of the Pioneer Association.

“This is a pillarstone of the entire Christian faith. It is the only day of the entire Catholic Church year when the Holy Sacrifice of the Mass is not celebrated. Through the ages Christianity was and still is the underlying ethos in Ireland, and we feel that this should still be acknowledged and respected, as it has been for generations.”