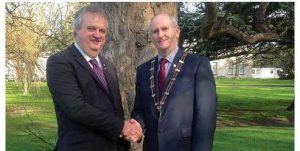 The Pioneer Total Abstinence Association (PTAA) has called on the Bishops to reintroduce the Confirmation pledge in an effort to deal with the growing amount of deaths from alcohol in Ireland.

Recently, the President of the Royal College of Physicians, Professor Frank Murray, revealed that there are almost three alcohol-related deaths in Ireland each day.

Liver specialist, Professor Frank Murray, said the rise in the number of alcohol-related cases of liver disease in young women has become tragically high and people are unaware or reckless about risks of alcohol abuse.

He said, “Liver disease has approximately doubled in Ireland in the last 20 years for both men and women. It’s a pattern of drinking which over years and decades leads to cirrhosis. We’re seeing people in their early 30s dying from liver failure. Before it was 40s and 50s mainly.”

In recent years, the practice of the Confirmation pledge has been discontinued in some.

Speaking to TheJournal.ie, the president of the Pioneer Total Abstinence Association (PTAA) James Shevlin said, ‘’It was an integral part of the Confirmation ceremony, and we’d like to see it come back again.”

“We feel it was a pity that it happened in light of the way the attitude to alcohol has gone in the last few years, anything that would help to create an awareness or a culture of sobriety would help. I would ask the bishops to bring back the pledge. It is at least a start, a stepping stone on alcohol.”

Last week, Professor Murray revealed that there are three deaths every day are related to alcohol in Ireland, “It is shocking and horrifying. Three people are dying every day in Ireland from alcohol liver disease, brain damage, overdoses, accidents, incidence, falls. (Deaths) that wouldn’t have happened without alcohol. Liver disease is about a third of that.”

He said the country needs to take steps to address the alcohol crisis claiming so many lives every day, “There is no healthy way of doing the 12 pubs of Christmas. Alcohol is very enjoyable but it’s very dangerous.”