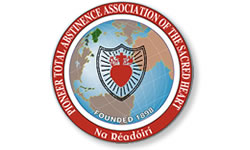 More people joining the Pioneers online every year, and taking temporary pledges for Advent and Lent as well as for life.

Raymond O’Connor, Project Coordinator of the Pioneer Total Abstinence Association told CatholicIreland.net that he has noticed an increase in applications for membership via the website.

Half of those taking the pledge via the internet are under 40 years of age.

The figures include both the short-term and lifetime pledge and relate only to internet applications. Local branches keep their own figures and these are not sent to head office to be collated centrally.

The President of  the Pioneers, Robert Shannon, has visited 40-50 local groups around Ireland and he has heard anecdotally that there is an increase in people taking on the short-term pledge for the duration of Lent.

As Lent draws to a close, Raymond O’Connor had not yet collated the figures for those taking the short term pledge.

“We had a push on the last two or three years promoting the short-term pledge for Lent and for the month of November,” he said.

“Last year we had 95 taking the short term-pledge and the year before 90 for the period of Lent.” 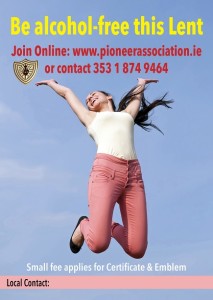 People do not give information as to why they take the pledge for Lent, however the Pioneer spirituality is very much part of taking the pledge.

“The element that we promote is what our spirituality is all about, and that is to abstain from alcohol and offer it up as a prayer for someone you know who has a problem with alcohol,” he said.

They pay particular attention to visiting students who are preparing for confirmation at this time of year.

They suggest that young people take the pledge to abstain from alcoholic drink until the age of 18 and after that to drink in moderation.

“It is a challenging environment, as a lot of young people are ultimately concerned about having a good time. Unfortunately we live very much in a drink-fuelled society and it is a constant battle to win the hearts and minds of people, young people especially,” he said.

He added there are a lot of other organisations involved in anti-alcohol abuse campaigns and trying to promote a more healthy attitude to drink.

“The message is getting out there bit by bit but it will take a lot to change our culture, there is a lot of work still left to do to transform people’s attitude towards social occasions and going out,” he said.

He is confident that not all young people abuse alcohol, but “in general the whole youth culture is about excessive abuse of alcohol.” This sets a pattern for life and can cause problems later in life.