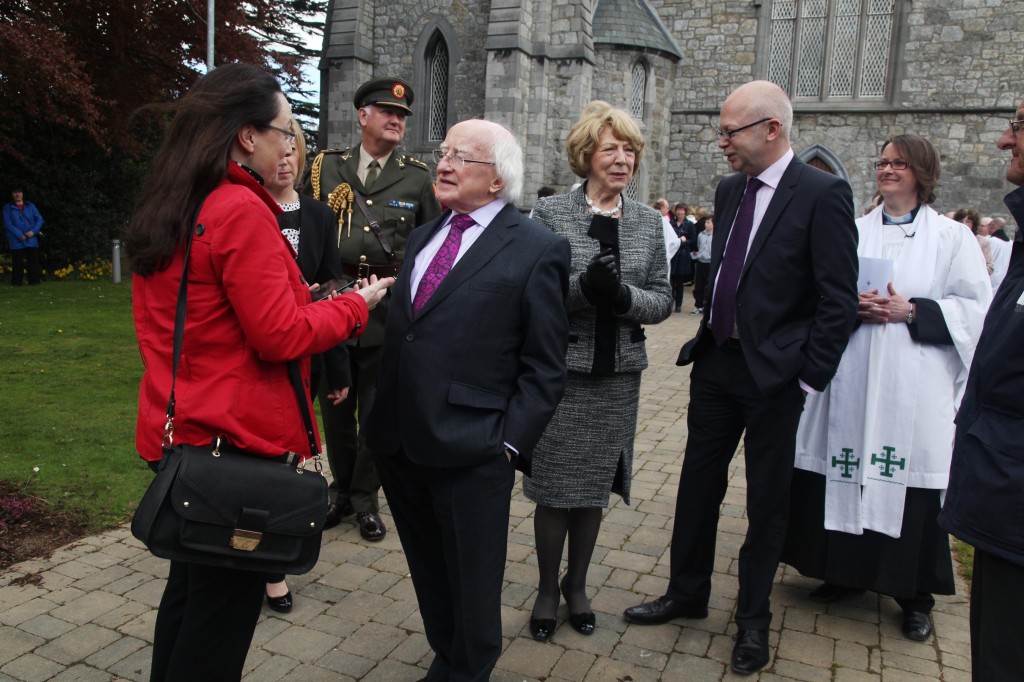 “The task of peace involves not only avoiding conflict but actually engaging and building structures of peace and understanding,” President Michael D Higgins has said.

Speaking to CatholicIreland.net at the ecumenical commemorative service for the Battle of Clontarf, the President warned that violence was not just about war and conflict. “There is also the violence of unaccountable forces.”

He said the great challenge of the next century will be bringing together ethics, economics and environmental sustainability to address these forces.

The President revealed that he would be addressing this issue when he visits the United States in just over two weeks’ time.

He said bringing “accountability to unaccountable forces that are encouraging so much fear in our world is a great challenge to multilateral institutions like the United Nations.”

On conflict and conflict resolution, the President warned that there are “growing divisions” around the world “based on ethnicities and distorted versions of faith” even though concepts like hospitality and respect for the stranger are common to all the world’s faiths.

Here in Ireland, President Higgins said he felt we are living at “a very good time” because “we have so much to look forward to and offer to others”.

He said one of Ireland’s greatest resources was the “very powerful sense of ethics among young people.”

“I experienced this very much among the 800 or so young people I encountered in the first year of my presidency,” the President affirmed.

Of his recent state visit to Britain, President Higgins said it was not just that the visit had gone “incredibly well” but there had been “an incredibly warm atmosphere” also.

Speaking on the 1000th anniversary of the Battle of Clontarf, he recalled Queen Elizabeth’s reference in her speech at the state banquet in Windsor Castle to Brian Boru.

He also expressed satisfaction that there was greater acknowledgement of the Irish community’s contribution to Britain – “a community that has not always been welcome,” the President commented.

“I think the important thing now is to treat where we are getting with care and respect and to do so with the clear intention that what we are putting in place is something sure,” he said.