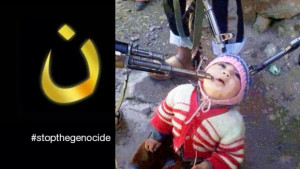 By John Newton and Oliver Maksan

The leaders of Iraq’s Christians have called on the United Nations to urgently address the growing refugee crisis before a freezing winter forces displaced Christians to leave the country.

“We Christians in Iraq have a future if the international community gives us immediate assistance. Don’t forget us,” Chaldean Patriarch Louis Raphael I Sako told a conference at the UN in Geneva.

The patriarch told the delegates that “People are disappointed how little help has been received to date.”

He was addressing a conference entitled: ‘Christians in the Middle East: Citizenship, Human Rights and their Future’, supported by Aid to the Church in Need.

Stressing the immediate challenge, Patriarch Sako said “At present about 120,000 Christians are living in Iraq as refugees. They need everything because the IS terrorists have taken all they had. The greatest challenge at the present time is the provision of living accommodation.”

The leader of the Chaldean Christians explained that with temperatures set to plunge in the coming months, the crisis was going to get worse.

“The winter, which can be very cold in Iraqi Kurdistan, is coming and the people can’t possibly stay in tents. We rely heavily on support here,” Patriarch Sako said.

Calling for a protection zone for Christians to be set up in northern Iraq under a UN mandate, he also asked the UN to intervene to enable those who had been displaced by the advance of the Islamic State (formerly ISIS) to go back home.

“We need a resolution of the United Nations which will enable us to return,” he said and warned that if the Iraqi Christians are not able to return to their homes in the Nineveh Plains, they will become exiles living outside their homeland.

Speaking before the meeting, Mosul’s Syriac Orthodox Archbishop Nicodemus Daoud Sharaf backed the Patriarch’s call for action, saying the United Nations must recognise and condemn the expulsion of the Christians in Iraq as “genocide against Christians”. 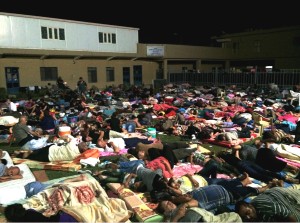 Archbishop Sharaf said, “The United Nations are quick to condemn anti-Semitism. We want to see the same when Christians are persecuted.”

He added, “We need genuine humanitarian aid. Time is a major factor for us. More and more people are leaving the country.”

He said “With the capture by ISIS of Syriac Catholic towns such as Qaraqosh, tens of thousands of my faithful are fleeing. Aid from the international community would not only help them materially, but also show them that they are not alone and not forgotten.”

According to the Syriac Catholic Patriarch, the industrialised nations had not been interested in the plight of the Christians of the Middle East as they were too few and too poor.

Patriarch Yunan, who is based in Lebanon, also stressed that in the long term the Christian presence in Iraq could only be guaranteed by separating state and religion, saying “As an international family we must work towards the separation of state and religion.”

The Syriac-Catholic Patriarch called on Muslims to reinterpret their scriptures to move this process forwards. “In the twenty-first century one cannot make an exegesis as though one were in the seventh century,” he stated.

The conference “Christians in the Middle East: Citizenship, Human Rights and their Future”, organised by Vatican representation at the UN, was a fringe meeting at the UN Human Rights Council in Geneva.

The meeting on Tuesday (16 September) was attended by delegates from the United States, Great Britain, Poland and Austria.

Following the conference US Ambassador Keith Harper met with a delegation of Iraqi Church representatives for further discussions.

Separately, Irish catholics have been urged to Walk to Mass today Sunday 21 September as a geture of solidarity with Christian families from Iraq and Syria who have been targeted, terrorised and banished from their homes because of their faith according to the organiser.

Meath priest, Fr Robert McCabe, has said he hopes it will help Irish families to consider the trauma of their fellow Christians and their neighbours of other faiths who have fled their homes and towns in recent months.

Fr McCabe believes that the prayer “Deliver us Lord, we pray, from every evil and graciously grant peace in our days” has grown in resonance for the Christian people who are now living in refugee camps or struggling in temporary accommodation in a different parish.

The Irish College in Rome will be one of the groups participating in the ‘Walk to Mass’ initiative of solidarity to support the displaced Christians and minority communities of Iraq and Syria.