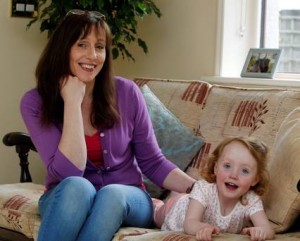 A support group for parents of unborn babies diagnosed with terminal illness met politicians yesterday to raise concerns about “almost exclusive focus on abortion” in the debate around the bill proposed by Clare Daly.

The Dáil voted on Tuesday evening on Deputy Daly’s bill defeating it by 104 votes to 20.

The One Day More group met with Terence Flanagan and members of the *Human Dignity Group in Dáíl Éireann ahead of the vote to discuss the proposed bill and their concerns about the present debate.

“With the almost exclusive focus on abortion, it is a shame that women and families in these situations never get to hear about life-affirming alternatives like perinatal hospice care until after the abortion has taken place,” said Jennifer Kehoe, spokesperson, One Day More.

She told Catholicireland.net that such care is not “formally” available yet, but many elements of it are part of the care given in maternity hospitals such as time and space to be with the baby and to have a photograph taken.

“Ireland at the moment seems to be a bit of a hit or miss, most of the mothers that are in our group got care that is very similar to perinatal in that they were able to get a photograph and were really treated well, then others like me were treated badly,” she said.

“You are just left there totally dependent on the ideology of the doctor that is on that day. You can see how you can be terrified into an abortion,” she said.

Recalling when she heard about her own baby’s condition, she said: “I think the doctors wanted us to go to England for an abortion and that they made sure we were not going to be rewarded for keeping this drain on resources.”

She was present with the other mothers from One Day More and they told the TDs yesterday, and a further 70 on a visit three years ago, about perinatal hospice care as an alternative to abortion, and how the Government needs to support and fund it.

“Perinatal hospice is not even something that would cost a lot of money, it is not a building, it is just a model of care, it is a very doable thing. The Government needs to be behind it and there needs to be a designated area in the hospital and nurses that are trained in this kind of care,” she said.

It is about providing the very practical things for the parents and family so they can focus totally on their sometimes few precious moments with the new baby.

“While the situation is very heart wrenching and sad it is done with this blanket of care and compassion,” she said.

“If you can look back and say ‘while it was so sad it was beautiful’ and there are precious moments to remember, the child was part of the family and we love him or her and we are happy to remember them and we have permission to talk about that child,” she said.

She feels that abortion can sometimes be like a dark secret that people do not talk about. “So I think it (perinatal hospice care) is healthier for everybody – for the baby, the parents, the children, the grandparents – they can all be involved.”

Whatever the prognosis and outcome, speaking to parents who have already been through the experience can be of enormous help and that is where One More Day comes in.

Every member’s story is different – some babies were given pre-natal prognoses of terminal illness such as Edward’s Syndrome, Patau Syndrome, Anencephaly, among others.

Others just knew something was wrong but had no labels to describe their babies’ condition. Whatever the experience and reality those involved in One Day More help each other in the face of shocking news.

Some services are available in Ireland:

– Parent-to-parent support: A Little Lifetime Foundation, Dublin organization supporting bereaved parents including those with a prenatal diagnosis; One Day More and Every Life Counts for those continuing a pregnancy after prenatal diagnosis.