Parents concerned about impact of advertising 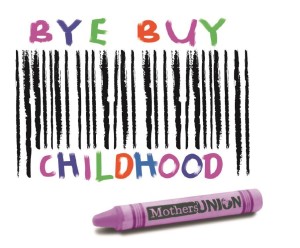 New research commissioned by the Mothers Union reveals the level of parental concern over the impact of advertising is having on children and young people.

According to the latest issue of the Church of Ireland Gazette, the research shows that four in five parents (80%) in Great Britain are concerned about the commercialisation of childhood.

A similar proportion (81%) believe the media encourages children to ask their parents to buy them things that they see advertised.

The finding highlights the potential impact of ‘pester power’. The research was carried out by ComRes.

The survey findings also show that the proportion of parents who think advertising that can be seen by children is well regulated has decreased since the Mothers Union’s previous research in 2010.

Commenting on the research findings, report author, Lucinda Hasell, the Mothers Union Head of Faith and Policy, said “Further steps need to be taken to ensure that children are not exposed to inappropriate advertising and marketing and that parents are empowered to manage the impact of the commercial world.”

She said the Mother’s Union would be continuing its Bye Buy Childhood campaign which was launched in 2010 and calls on politicians to ensure that the issue remains a priority for the next government.

“We want to say to parents, government, industry and all those who support children that developing emotional resilience is a key part of enabling our children and young people to deal with the challenges and pressures they face as they engage with the commercial world.”