Pakistan is due to give a state funeral to a Catholic religious sister next week to honour the fact that Sr Ruth Pfau played a central role in eradicating leprosy in the country. 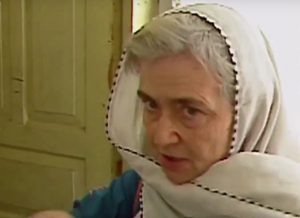 Widely known as ‘Pakistan’s Mother Teresa’, the German-born sister was born in Leipzig in 1929 and was deeply affected by the horrors of the Second World War.

In 1948, at the age of 19, she escaped from Communist-controlled East Germany into the West and studied medicine, but after qualifying as a doctor she joined the Daughters of the Heart of Mary, a missionary order.

In 1960, while being sent by her order to go on the missions in India, she stopped in Karachi in Pakistan, where she visited the Leper Colony there and was deeply affected by what she saw. At the time there were no medicines available to treat Hansen’s Disease (leprosy); the best that carers could do was to provide food and bandages when available. Distressingly, at night, rats would feed on some of the sleeping patients’ hands and feet.

Sr Ruth resolved immediately that this would be where she would spend the rest of her life and, after undertaking specialist training in India, in 1963 she established the Marie Adelaide Leprosy Centre (MALC) in Karachi, the first medical facility in Pakistan dedicated to treating leprosy.

In 1968 Dr Pfau persuaded the government of Pakistan to undertake a national leprosy control programme and the MALC started to set up control centres across the country. Eventually the number of centres would rise to 157 and they would employ more than 800 staff.

The programme was a long-term one, but it paid dividends: in 1996 the World Health Organisation declared Pakistan to be the first country in the Eastern Mediterranean Region (EMRO) to have leprosy under control. To put this in context, other countries in this WHO region include Morocco, Qatar, Saudi Arabia, Jordan, Syria, Iran, Iraq and Afghanistan. Indeed, Pakistan is one of the few countries in the whole of Asia to have brought leprosy under control.

In addition to continuing its work to control the spread of leprosy in Pakistan, the MALC has started an outreach into Afghanistan to help prevent the spread of the disease there and to bring relief to those Afghans who have been affected by the disease.

Sr Ruth wrote four books about her work in Pakistan and in neighbouring countries. One of these, To Light a Candle, was translated into English in 1987.

Her state funeral is due to take place on Saturday 19 August. This is the first time that Pakistan has given such an honour to someone who was neither a politician nor a senior member of the armed forces. It is also thought to be the first time that a Catholic has received this honour in the predominantly Muslim country. Prime Minister Shahid Abbasi said the honour was in recognition of Sr Ruth’s ‘selfless and unmatched services’ to the people of Pakistan.