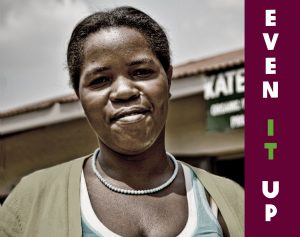 Ireland has been listed sixth in an Oxfam report on the world’s worst corporate tax havens. The report has been rejected by the Department of Finance and Minister Michael Noonan, who claimed that Oxfam is so wide off what the factual position is that nobody will take the NGO seriously.

The report, ‘Tax Battles’, shows that Ireland is sixth in a list of 15 countries described as tax havens which, according to Oxfam, are leading “a global race to the bottom” on corporate tax.

“Ireland is part of a toxic global tax system servicing the very wealthiest while ordinary people pay the price and lose out on essential public services,” said Jim Clarken, CEO of Oxfam Ireland.

He added that Ireland is known around the world for “awful tax policies that facilitate worsening inequality by allowing some of the world’s richest companies to avoid paying their fair share to society.”

The UK does not feature on the list, but some of its territories do. These include the Cayman Islands, Jersey, Bermuda and the British Virgin Islands.

All the countries on Oxfam’s list have tax policies to minimise the tax bills of large multinationals. Ireland’s score was based on its lack of effective rules to prevent corporate tax avoidance and because of profit-shifting and tax planning structures. It also highlighted deals like those enjoyed by Apple that enabled the global tech giant to pay a low corporate tax rate.

“Not only do we turn a blind eye, we put out the red carpet for those companies that get away with large-scale tax avoidance through profit-shifting and sweetheart deals,” said Mr Clarken.

“From a national, European and international perspective, the game is up. Citizens everywhere have had enough. We need to get serious about making companies pay the tax that’s due and we need transparency about where and how profits are made and where and how they are taxed. We collect more detailed data about farm animals in this country than we do about the tax affairs of multinationals.”

He added that changing tax rules to make them fair should not affect Ireland adversely but would enhance our international reputation.

“We already have a lot to offer multinationals without underselling ourselves by letting companies pay less than their fair share,” he said.

He suggested that Ireland, while claiming to be committed to dealing with tax rules at the EU level, seems to be blocking potential reform. He urged the government to agree international tax haven criteria and a clear public list of where the tax havens are, and to introduce sanctions to limit profit shifting. 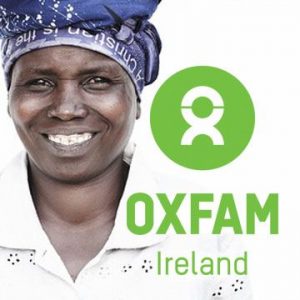 Oxfam’s report shows that as well as providing tax havens, countries across the world are cutting corporate tax bills to attract investment. Twenty-five years ago the average corporate tax rate across G20 countries was 40% – today it is less than 30%.

The use of unproductive and wasteful tax incentives is also increasing – particularly in the developing world. For example, tax incentives cost Kenya $1.1 billion a year – almost double their entire national health budget.

When corporate tax bills are cut, governments balance their books by reducing public spending or by raising taxes such as VAT. This hits poor people disproportionately. For example, a 0.8% cut in corporate tax rates across OECD countries between 2007 and 2014 was partially offset by a 1.5% increase in the average standard VAT rate between 2008 and 2015.