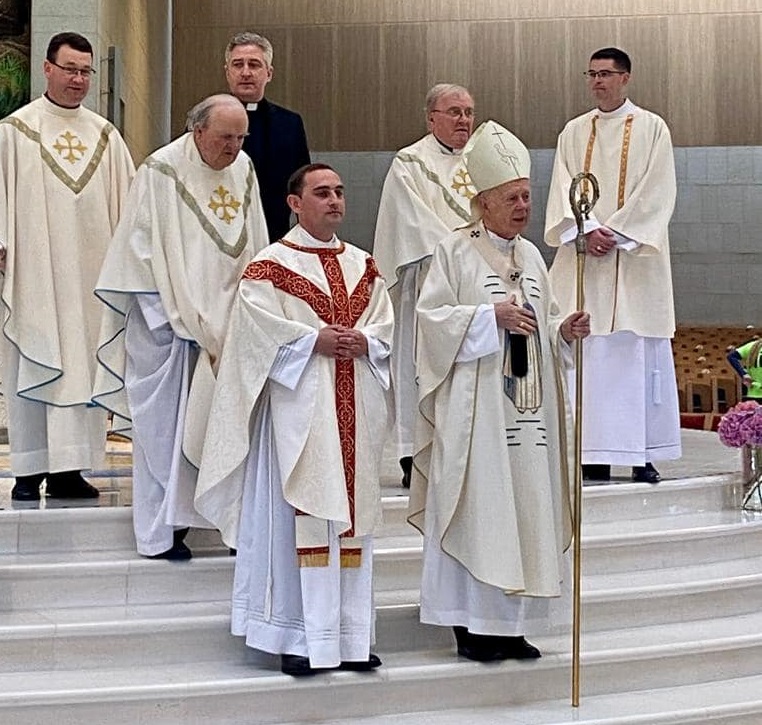 Ireland has had its latest diocesan priestly ordination in a year as Shane Costello was ordained for the Tuam Archdiocese in Knock at the weekend.

Archbishop Michael Neary told Shane Costello and those gathered on his ordination day that his responsibilities as a priest will be counter-cultural when he preaches Christ’s gospel, makes disciples, baptises and teaches.

“Our society today places such an emphasis on self-fulfillment, on autonomy, on doing one’s one thing. As a priest of Jesus Christ you will proclaim his message, you will do so utilising your gifts, interests and insights but it will always be his message not your own preferences or prejudices,” said Archbishop Neary.

“Despite the way some may dismiss priesthood today, nevertheless, it is a great time to be a priest, an exciting and challenging time,” the archbishop added. “You will enjoy encouraging people to be their best selves, to utilise the gifts they have received from the Lord and to improve the quality of life for all those who come into contact with him. Nevertheless, you will continue to preach the good news of Jesus Christ in season and out of season.”

While the ordination was not open to the public, Shane’s parents, family, neighbours and former teachers were present at the basilica in Knock, as were the priests and religious of the Archdiocese of Tuam, the president, rector, staff and students from St Patrick’s College, Maynooth.

Archbishop Neary remembered the seven priests who had passed away during the year in the diocese including Joe Cooney, John McCormack, James Kelly, Seán Kilbane, J.J. Cribbin, Peter Waldron and Paddy Gilligan.

The archbishop quoted the African proverb “It takes a village to raise a child”, and added that the local community of faith had formed this new priest as he developed and matured, from primary to post-primary, St Colman’s College, and then to third level and the seminary in Maynooth.

Shane had been a teacher but left the classroom, said the archbishop, who added: “Like the apostle Peter, you will be called upon to exercise service, to take risks, to go beyond the purely secure, the tried and tested and take new initiatives. You will have responsibility for making disciples for Jesus Christ. You will utilise your interests, your natural ability, your training and your personality in order to draw people to Jesus Christ.

“You will share with others the Eucharistic bread which is Jesus Christ each day at the altar. There you will bring the hurt and the wounded, the farmer and the factory worker, the saint and the sinner,” said the archbishop. “You will share the joys and the sorrows of the people whom you serve.” 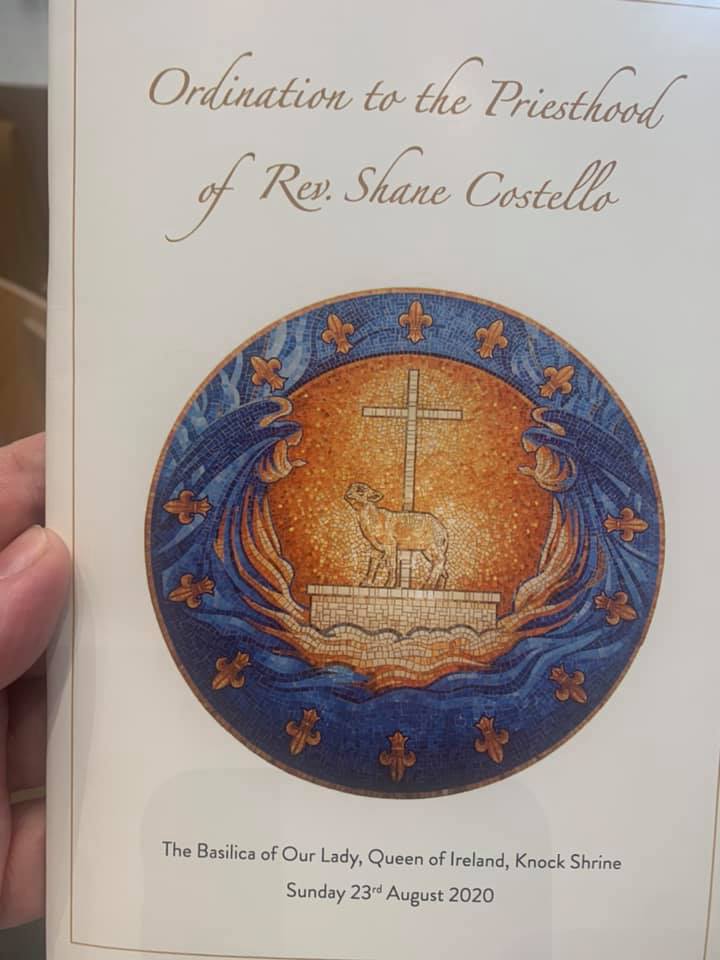 Shane Costello is originally from Taugheen, outside Claremorris. He was among 14 seminarians who began studies for the priesthood in Maynooth in August 2014 and one of three from the Archdiocese of Tuam.

The ordination Mass took place on Sunday 23 August in the Basilica of Our Lady, Queen of Ireland, Knock, and was streamed live through the Knock website.

Separately, on 15 August, Msgr Michael F Crotty was ordained as archbishop in St Colman’s Cathedral, Cobh, Co. Cork. Pope Francis appointed Msgr Crotty as apostolic nuncio to Burkina Faso and Niger and elevated him to archbishop. He was to be ordained in St Peter’s Basilica in the Vatican last March by Cardinal Pietro Parolin, the cardinal secretary of state, but the ceremony was postponed because of the pandemic. He is the first priest of the Diocese of Cloyne appointed as apostolic nuncio and it was the first time that a nuncio was ordained in the Cathedral Church of Cloyne, where he was ordained a priest in 1994.

On 6 August, there was another ordination and another first when John Gerard Acton was ordained as a deacon for the Galway Diocese at the Monastery of the Poor Clares. Usually, diaconate ordinations are held in the National Seminary in Maynooth, but in the current pandemic it was decided to hold it in the diocese. The Poor Clare Sisters had never had an ordination in their monastery chapel before and they sang at the ordination Mass.