One-third of wild bee species in Ireland threatened with extinction 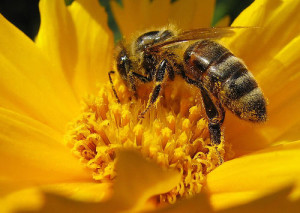 In December 2017 the United Nations General Assembly adopted a resolution declaring 20 May as World Bee Day to bring public global attention to the importance of preserving bees and other pollinators.

In the run-up to the day, Dr Tomás Murray, Senior Ecologist at the National Biodiversity Data Centre (NBDC), has revealed marked losses in Ireland’s bumblebee species.

The All-Ireland Bumblebee Monitoring Scheme, which he coordinates, shows that the bumblebee populations recorded in 2017 were the lowest they’ve been since monitoring began in 2012. The current overall trend from 2012 to 2017 is a year-on-year decline of 3.7 per cent, leading to a total loss of 14.2 per cent from 2012 to 2017, according to the NBDC.

Ireland has 21 species of bumblebee, which are vital pollinators of crops and wild plants. Findings released earlier this week are based on the past six years of monitoring the country’s eight most common bumblebee species, as “sufficient information has already been gathered on these to accurately assess changes”. The current monitoring scheme stretches across over 100 sites across the island of Ireland where 80 “citizen scientist volunteers” collect the information.

The Biodiversity Centre’s research shows that 6 of the 21 rarer bumblebee species are threatened with extinction from this island. These include the charismatic Great Yellow Bumblebee, now confined to the northwest, and the Shrill Carder Bee, with its distinctive buzz, now only found in isolated populations in the west of Ireland, they say.

“Indeed, of our 98 wild bee species (which includes 77 solitary bees), one-third are threatened with extinction. For the first time, these new findings from Dr Murray’s All-Ireland Bumblebee Monitoring Scheme provide an early warning signal on how our more common species are faring,” says the report.

Dr Murray says that given the variability around their estimates, they do not want to “cry wolf”, but “it is telling that we are detecting moderate declines in widespread species after only six years. When we drill down into the data and isolate the eight species where we have enough information to accurately estimate how their populations have changed, one is increasing, two are decreasing and five are too variable to assign a trend.”

The All-Ireland Pollinator Plan is attempting to address the decline in bees. “Yes, bees are declining, but the good news is we know exactly what we need to do to help bees, and the actions needed are very doable and will show results almost immediately,” said Juanita Browne, All-Ireland Pollinator Plan Project Officer. “This involves getting the public to provide food, shelter and safety for bees.”

World Bee Day occurs on the second day of National Biodiversity Week (19 to 27 May), which will feature a range of activities such as butterfly monitoring, wildlife walks, dawn choruses, and a lecture in the Botanic Gardens on “botanical keys”.  For information see: www.biodiversityireland.ie

Speaking recently in Kildare about the Pope’s encyclical Laudato Si’, eco-theologian Fr Sean McDonagh, addressing the topic of “ecological conversion”, said there was a “great need for education programmes aimed at all sectors of society which should include an ecological theology in Catholic schools, seminaries and theological institutes”.