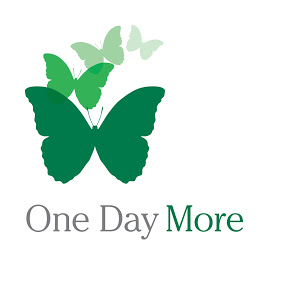 A parents’ group has expressed its disappointment at comments made by a top medic suggesting that abortion should be available in the case of babies diagnosed with life-limiting conditions.

The new Master of the Rotunda, Professor Fergal Malone, made his comments on taking up his post but the ‘One Day More’ group disagree with them.

“It is very disturbing to hear abortion described as part of a health care system that should be available to families who are told that their babies have an illness that is likely to end their lives shortly after birth,” said Audrey Connolly speaking on behalf of the group, ‘One Day More’.

“The members of our group know the shock and sadness that comes with a serious diagnosis but also the joy of meeting their babies and spending time with them to make precious memories,” she added.

Her organisation is calling on the Government to make proper provision for perinatal hospice care nationally.

This move was also put forward in motion passed by the Irish Medical Organisation at their AGM in March last year.

“This would enable families to spend as much time with their babies as possible in a supportive and comforting environment.”

“It would also allow care to be given to all of the patients involved, namely the parents, other siblings and the unborn baby who is seriously ill and in need of care,” said Audrey Connolly.

She was speaking in response to comments made by Professor Fergal Malone is the new Master of the Rotunda Hospital, who began his seven-year term on 1 January 2016. 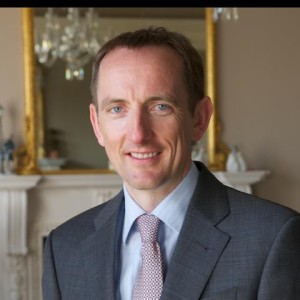 While outlining his plans for the maternity hospital he spoke about abortion.

He told The Examiner that the Rotunda’s position on “fatal foetal abnormalities” is that they want to provide all services for patients who are facing “a difficult situation” including the termination of pregnancy.

He explained that they do not use euphemisms, they list all the options, and “they would never advise a patient to abort,” rather they have to be objective.

He went on to say that if women want to continue with a pregnancy involving a “fatal foetal abnormality” then there is a perinatal hospice system with social workers, bereavement counsellors, chaplaincy, midwives and paediatricians.

The Rotunda hospital provides cuddle cots so parents can spend time with the child in the mother’s own room.

For those who opt for abortion, the UK is the most common destination. He explained that this added step of travelling to another hospital and another country is emotionally difficult for parents.

It can be traumatic when returning the child’s remains to Ireland. He gave examples of remains transported in a shoebox in the back of a car, and another by courier. 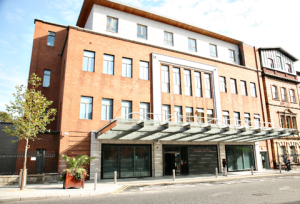 He said that “fatal conditions” include anencephaly, which is where parts of the brain and skull do not develop, chromosomal abnormalities such as Edwards syndrome (trisomy 18).

Approximately three-quarters of the couples whose unborn baby is diagnosed with these conditions choose to terminate.

The Rotunda sees 20 to 30 such cases annually.

Professor Malone is a specialist in maternal-foetal medicine, the area of obstetrics that focuses on high-risk pregnancy, multiple gestation management, and foetal therapy.

He provides procedures such as intrauterine foetal laser surgery and foetal transfusions.