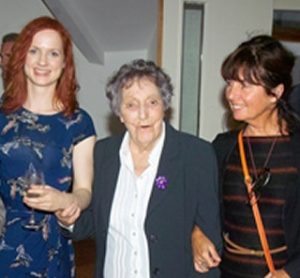 One of the country’s longest serving nuns has received a special medal from Pope Francis in recognition of her community work. 99-year-old Presentation Sister Sr Alphonsus O’Brien has received a prestigious Papal honour for distinguished service to her church and to her community in Bandon Co.Cork.

A former primary school teacher and a passionate drama teacher, Sr Alphonsus, who also worked in the area of speech therapy, was renowned for her production of spectacular Passion Plays in the town of Bandon every Good Friday, as well as Nativity Plays in the local St Patrick’s church during the Christmas season. Her work was also featured in a Nationwide programme on RTE some months ago.

Speaking at a special ceremony at St Patrick’s Church in Bandon to mark the occasion Dr Buckley said “She is a woman of many talents, and with many gifts, a very good person who is extremely well known in the area,” adding that the Pro Ecclesia et Pontifice award had been established by Pope Leo on 1888 and was given only for distinguished service to the church to members of religious orders and lay people. 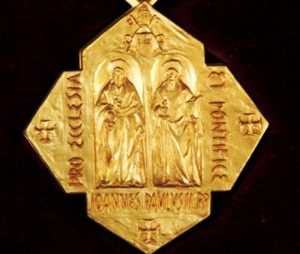 “It is presented on important occasions to people who have made a remarkable contribution to other people and to their church,” said Bishop Buckley, adding that former  recipients included Frank Duff, founder of the Legion of Mary and singer Frank Patterson. ‘”Sr Alphonsus has done so much for both younger and older people in Bandon and in the West Cork region, and encouraged young people to develop their talents and gifts.”