‘Nothing to be proud about in Ireland’s derogation on emissions’ 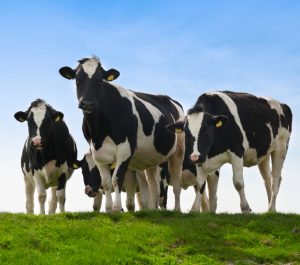 An Irish aid agency has sharply criticised an agreement reached by the Government on Wednesday (20t July 2016) which will allow Ireland to derogate from agreed EU carbon emission reduction targets.

Describing the move as an “abdication of global responsibility”, Trócaire Executive Director Éamonn Meehan said the ink on the Paris Agreement was “barely dry” and Ireland was already trying to get out its commitment.

“Reducing our commitment to tackling climate change should not be presented as a diplomatic triumph. It is nothing more than an abdication of responsibility,” he warned.

“We know the Paris Agreement is not strong enough to limit global temperature rises to below 1.5 degrees Celsius. More ambition, not less, is required.”

Currently Ireland is working on cutting her emissions by 20% by 2020 but is one of only two countries in the EU which is not going to make that target.

Under new negotiations with the European Commission, Ireland agreed to a 30% reduction on 2005 levels of carbon emissions by 2030 but within that there are a series of ‘get out’ clauses giving Ireland room to manoeuver.

Under the new deal, the European Commission has agreed to include a specific “land use” clause, which will allow countries to offset environmentally-friendly use of land and afforestation against their emissions target.

Ireland has been granted more flexibility than any other member state to reflect its high dependency on agriculture, with the commission granting Ireland flexibility worth 5.6% – the maximum available. 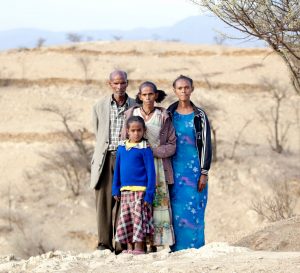 According to Trócaire’s Executive Director Éamonn Meehan, who recently returned from Ethiopia where 10 million people are suffering food shortages due to drought, other countries are making “significant  progress on reducing emissions” while Ireland is “focusing its efforts on getting out of its obligations”.

“That is a damning indictment of how seriously Ireland’s political system takes climate change.”

Trócaire is calling for a plan to set targets for all three sectors  working towards reducing emissions across all three.

“We need to develop a national mitigation plan which targets the three sectors and comes up with proposals and concrete guidelines to significantly reduce all three,” said Mr Rice.

“If we do get special treatment for agriculture, then we need to present even more ambitious targets ourselves for transport and energy.”

Trócaire Executive Director Éamonn Meehan added that there was an urgent need to implement a national dialogue on climate change as outlined in the Programme for Government.

“The Irish people are generous in funding emergency relief for people affected by the drought, yet today we have a clear indication from the Irish government that they are not willing to take any responsibility in tackling the issues that are leading to food shortages,” he said.