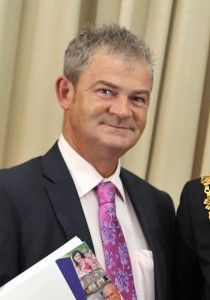 The housing association Respond! has said there is no short-term solution to the housing crisis and that country will not see the needed level of houses built in Ireland until 2019 at the earliest.

The charity, which was founded in Waterford by Fr Patrick Cogan OFM and the Franciscans in the 1980s, is calling for a dedicated cabinet minister for housing in the next government.

They say developers are not being attracted back to the market because houses are too expensive to build.

Speaking at the weekend, Respond! CEO Ned Brennan said that that it could be years before we have an adequate number of houses to meet demand.

“There is no solution in the short term,” he said. “The reality is that any solution that’s going to be delivered will be a medium-term solution.”

“Even if we start our planning and development processes in 2016, there is at least a 36-month lead-in period from looking at a greenfield site to delivering a housing development. So really, we won’t see houses coming though to any great extent until 2019 or 2020.”

He added “There isn’t adequate profit in it at the moment, to entice builders back into the building game, and also there is a lack of talent. During the economic crisis, a lot of the trades people emigrated to other countries so there is a deficiency in the necessary skills to build at the moment.”

The comments were made as the number of people on local authority housing lists rose steeply over the last three months.

An investigation by RTÉ Prime Time last month found that the number of people on a waiting list nationally for social housing has grown by over 2% in the last four months from 135,832 to 139,359, an increase of 3,527.

The housing list in Dublin has grown to an even greater extent, by 2.69% between the end of October 2015 and the end of January.

The 139,359 on waiting lists nationally includes many people who are claiming a Housing Assistance Payment (HAP).