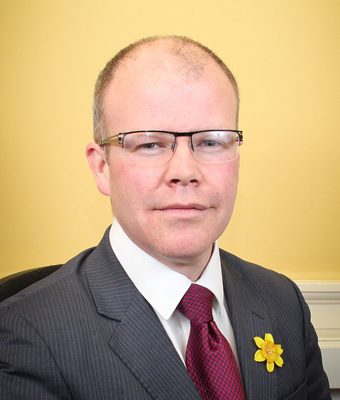 Meath West TD Peadar Tóibín who campaigned to “Save the 8th”, but is now suspended from Sinn Féin.

Pro-life politician Peadar Tóibín is considering his options following the decision of Sinn Féin to suspend the Meath West TD for six months for voting against legislation to legalise abortion.

Following the referendum in May to repeal the eighth amendment to the constitution, the government has introduced the Health (Regulation of Termination of Pregnancy) Bill 2018 into the Oireachtas to pave the way for legalised abortion in Ireland.

When the bill came before the Dáil last week, Sinn Féin leader Mary Lou McDonald instructed the party’s TDs to vote in favour of the abortion law, and warned that those who failed to do so would face suspension from the party.

Mr Tóibín had earlier campaigned to keep the eighth amendment, saying: “One hundred years ago through the Proclamation, Republicans from throughout Ireland set forth a progressive vision for a new independent Ireland. Equality was at the centre of that new vision. At the heart of the proclamation is the objective to ‘cherish all the children of the nation equally’. This Republican objective is at the heart of my viewpoint.

“An unborn child is an individual living human being and therefore entitled to human rights. I believe human rights should be universal and that the most vulnerable sections of humanity should not be removed from these rights.”

Sinn Féin chief whip Aengus Ó Snodaigh said the party’s position had been agreed at its most recent Ard Fheis. “Peadar Tóibín’s decision to vote against the legislation is a serious breach of the party’s rules and he has now been suspended for a period of six months,” Mr Ó Snodaigh said.

If a general election is called while Mr Tóibín is suspended, he will not be put forward by the party for re-election in Meath West. He has been told that if he stands as an independent candidate, he will be permanently barred from membership of the Sinn Féin party.

Eleven other TDs voted against the bill: Eamon O Cuív and Marc MacSharry of Fianna Fáil, former Sinn Féin TD Carol Nolan, independent TDs Michael and Danny Healy-Rae, Michael Lowry, Michael Fitzmaurice, Mattie McGrath, Michael Collins, Peter Fitzpatrick and Sean Canney, who, as a minister of state, opted to vote against his cabinet colleagues. Seven Fianna Fáil TDs abstained in the vote. Those who oppose abortion within Fianna Fáil are not being disciplined for voting according to their conscience.

Sinn Féin is the only party to have penalised one of its TDs for voting according to their conscience, but Ms McDonald insisted that there must be consequences if members break ranks.