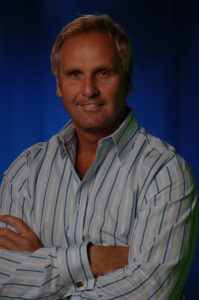 A group of teens from Dublin took part in a Canadian ice hockey social development programme in Northern Ireland, with the help of Crosscare, the social services arm of the Dublin Archdiocese.

For a decade now, the Belfast Giants, Northern Ireland’s professional ice hockey team, have been running HEROS, an ice-hockey-based youth outreach programme developed in Vancouver in Canada 17 years ago.

The programme’s name is an acronym for Hockey Education Reaching Out Society and it aims to use ice hockey, and other shared experiences, as a catalyst to bring young people together, develop their leadership skills and to promote a greater understanding and respect for one another.

The island of Ireland is the only place outside Canada that the HEROS programme is run. The programme’s founder Norm Flynn said: “Each year we have watched the young people develop real friendships with each other, face and overcome some big challenges together, and learn how to work more effectively with their differences, as well as what they have in common.”

Flynn, who grew up in Winnipeg in Canada, believes that hockey helped him turn his own life around. He says he grew up in ‘a tough neighbourhood’ and as a youngster was regularly getting into trouble until he started playing ice hockey. While playing in the Western Hockey League, he earned a sports scholarship that allowed him to study business at the University of Winnipeg, and he has enjoyed a successful business career. 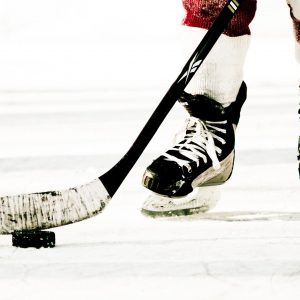 In Northern Ireland, ice hockey has been phenomenally successful in generating cross community support, partly because the sport is relatively new to the six counties and doesn’t have the same historic cultural baggage that other sports are burdened with. Northern Irish soccer especially is encumbered with sectarian tribal loyalties: the Northern Ireland Football League, and the Northern Irish soccer team, have a predominantly Protestant following. Conversely, Gaelic Games are associated with Irish nationalists and Catholicism.

In addition to spending three hours a day on the ice at Dundonald International Ice Arena in Co. Down, the young participants from Dublin, Belfast, Bangor and Lisburn undertook activities such as tackling assault courses, creating graffiti art, writing songs and participating in safety programmes. All activities were based around four key behaviours used in HEROS programmes: discipline, respect, listening and fun.

Crosscare described the camp as “brilliant” and the Dublin agency said it was delighted to participate in the scheme.