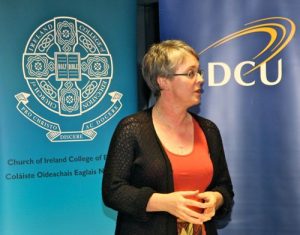 The vast majority of respondents in a new survey on the state’s small protestant primary schools believe these schools make a valuable contribution to primary education in Ireland.

A new study ‘Value for Learning: Study of Small Irish Protestant Primary Schools’ was launched on Friday at the Church of Ireland’s general synod in Dun Laoghaire.

A sample of all 200 protestant primary schools across the state participated in the research including those under Church of Ireland, Methodist, Presbyterian and Society of Friends patronage.

The research shows that 96% of all Chairs of these schools; 96% of all principals; 97% of all teachers and 94% of all parents regarded these small schools to be making a valuable contribution to primary education.

It also shows that parents’ main reason for choosing these schools is their high academic standards, the religious patronage and the caring nature of the schools.

The study was funded by General Synod Board of Education, the Church of Ireland Primary School Managers’ Association, the CICE Board of Governors and DCU.

Surveys were sent to teachers, principals, chairpersons and parents in schools with between one and four teachers. Eleven schools also participated in a more in-depth study. The participation rate was 83%.

Parents praised the caring nature of small schools and the quality of teaching and learning they and their children experienced. The schools were also seen to be very welcoming of parents and children with special needs.

Teachers said they were keenly aware of the value of their school to the local faith community and of the benefits of the caring environment and family atmosphere created in the small school for pupils. However, they also reported a sense of isolation from colleagues.

The Principals reported supportive staffs but highlighted that they themselves experienced a high level of stress due to trying to balance teaching and administrative roles.

Chairpersons and principals each reported ongoing concerns in relation to the maintenance of the pupil numbers, concerns about finance and the difficulty of fund-raising in a small community and the challenge to retain the ethos when few of the children belonged to the faith community.

Respondents also felt strongly that the cultural advantages of small schools outweigh economic issues. However, while the majority principals and chairs (71%) felt that amalgamations should only happen within the faith sector, only 44% of parents agreed with this.

Dr Ken Fennily, Secretary of the Church of Ireland Board of Education, said the findings sent a message to the new Minister for Education that “small schools are valued and an important element of rural life and national life and they are an essential support for people in rural Ireland.”

He said children under the age of 12 at primary level could not be expected to travel vast distances to go to school. “That is just not acceptable in modern society – so rural primary schools will have to remain part of the infrastructure of our state for the future.”

Archbishop Michael Jackson told CatholicIreland.net that the study showed that religious ethos was still a priority for many parents. Acknowledging that there are parents who don’t want a religious ethos, Archbishop Jackson said the issue was that of provision.

“The conversation needs to be had; is there any real point in watering down the Christian ethos in a school while not providing a non-Christian ethos school,” he asked.