New papal edict on abuse is significant for the global Church 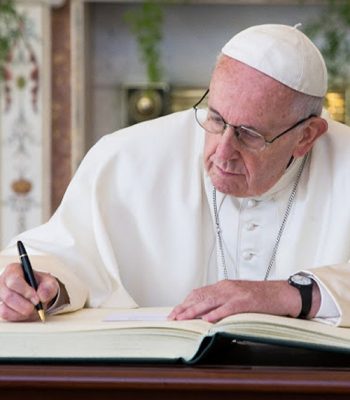 Archbishop Eamon Martin has hailed Pope Francis’ apostolic letter, You are the Light of the World, as  significant for the global Church.

Pope Francis issued the edict, Vos estis Lux Mundi (You are the Light of the World) on Thursday. The motu proprio establishes norms for the whole Church against those who abuse or cover up abuse.

Earlier this year the Pope issued legislation for the Vatican State which brought in mandatory reporting backed up by sanctions.

The new edict establishes procedures for reporting abuse and violence, ensuring that bishops and religious superiors are held accountable for their actions.

Every diocese must have a system to allow for the reporting of abuse cases. It specifies that there is an obligation to report abuse promptly and covers not only violence against children and vulnerable adults, but also sexual abuse and violence resulting from an abuse of authority.

In this motu proprio vulnerable adults are defined, as are actions which constitute abuse (including the production or exhibition of child pornography).

“The crimes of sexual abuse offend Our Lord, cause physical, psychological and spiritual damage to the victims and harm the community of the faithful,” writes Pope Francis in You are the Light of the World. “In order that these phenomena, in all their forms, never happen again, a continuous and profound conversion of hearts is needed, attested by concrete and effective actions that involve everyone in the Church.”

The document sets down specific time frames. For example, systems must be established in every diocese “within a year from the entry into force of these norms” (1 June 2019) “for the submission of reports, even through the institution of a specific ecclesiastical office”. The investigation of an accusation is to be completed within 90 days (though this may be extended) and every 30 days a status report has to be sent to the “competent Dicastery”.

Welcoming the document, Archbishop Eamon Martin said he was pleased that Pope Francis had so quickly issued further specific concrete actions to deal with the issue of abuse. “The need to do so was highlighted during and following the meeting, and this apostolic letter in the form of a motu proprio Vos Estis Lux Mundi (You are the Light of the World), marks a significant move for the global Church,” he said.

Survivors of abuse and the faithful expect the Church to model best practice in the protection of children and vulnerable persons, he continued, to have robust procedures to deal with any allegations, and to ensure proper management of all cases.

Whilst the letter issued by the Pope yesterday is primarily about universal Church law, the Archbishop of Armagh said that “it affirms many of the practices which we are already observing in Ireland, particularly the need to report promptly all allegations to the statutory authorities and to fully respect and cooperate with State laws and investigations”.

The papal edict affirms the  presumption of innocence for a person under investigation and also the involvement of qualified laypeople.

The National Board for Safeguarding Children in the Catholic Church in Ireland told CatholicIreland.net that it would be studying the new edict and examining it to see if any adjustments needed to be made to the standards currently in place.