Home > Featured > Neutrality is not an option in the conflict between right and wrong, diplomats are told

Neutrality is not an option in the conflict between right and wrong, diplomats are told 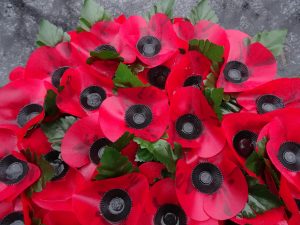 At this year’s Remembrance Sunday commemoration at St Patrick’s Cathedral, Dublin, the congregation were told that in the conflict between right and wrong, truth and falsehood, neutrality is not an option.

In his sermon, Canon David Oxley, rector of Santry and Glasnevin, made reference to the Letter of St Paul to the Ephesians where the apostle describes the spiritual armour used by Christians when going forth to engage the power of evil. Among these protections is what St Paul describes as “the belt of truth”.

“One of the things we have been forcibly reminded of in recent years is the importance of truth and honesty in our public discourse,” said the clergyman to a congregation that included President Michael D Higgins and his wife, Sabina; Minister for Justice and Equality, Charlie Flanagan; and Deputy Lord Mayor of Dublin, Tom Brabazon. Also in attendance were members of the diplomatic corps, with readings given by the Polish Ambassador Anna Sochanska and the British Ambassador Robin Barnett.

“I know it has been said that diplomacy is essentially lying, but to a nicer class of people,” said Canon Oxley, adding that he believed all clergy know “the value of the occasional white lie”.

But he continued: “The cynical disregard of truth, the deliberate manipulation of information, the poisoning of the well of knowledge, has become endemic at the highest levels and has proved corrosive and destructive of our society. Social media and computerised wizardry may make this easier to do, but the motivation to deceive comes from within the darker corners of the human heart, where greed, lust and hatred fester.

“In 1940 the Church of England put out special forms of prayer ‘In Time of War’. One of them, which I have used over and over in the last few years, says: Make faith to prevail over fear, and righteousness over force, and truth over the lie.

“There is no room for neutrality in the conflict between truth and falsehood. Truth is our King, and the truth shall make you free.”