Home > News > CDF to deliver verdict on Medjugorje after the summer

CDF to deliver verdict on Medjugorje after the summer 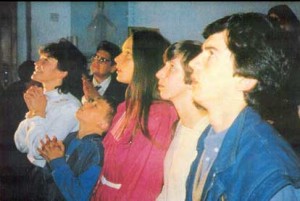 A Vatican spokesman has said that, contrary to reports in Italian media, no decision has been made regarding the alleged Marian apparitions at Medjugorje.

Fr Ciro Benedettini of the Vatican Press Office told the National Catholic Register on Friday that officials of the Congregation for the Doctrine of the Faith (CDF) had not yet met to review the findings of a three-year commission that investigated the Medjugorje phenomenon.

He repeated a statement by Fr Federico Lombardi on 11 June in which the Vatican’s chief spokesman said no decision is expected until “after the summer.”

The clarification follows reports in the Italian media that the Congregation for the Doctrine of the Faith has reached a negative conclusion regarding the authenticity of the reported Marian apparitions at Medjugorje.

These reports alleged the Vatican Congregation met last Wednesday to discuss the findings of the special international papal commission, which was launched under Benedict XVI, and has been investigating the Medjugorje phenomenon for a number of years.

Prominent Vatican watchers in the Italian media reported that the papal commission has found no evidence of supernatural activity at Medjugorje.

If these reports prove correct, it would be a vindication of a 1991 judgement on Medjugorje made by the local bishops in what was then Yugoslavia.

Pope Francis will receive a copy of the commission’s findings and will have the final say on its contents.

If its findings question the authenticity of the reputed Marian apparitions they are likely to be coolly greeted by the thousands of supporters of the visionaries who believe fervently in the purported apparitions.

In that case, the Vatican is likely to recommend that priests and dioceses do not sponsor or support events which presume the reality of the visions.

However, pilgrimages to Medjugorje are unlikely to be forbidden, though those travelling there will be advised that their devotions should not centre on the alleged apparitions.

Meanwhile, a new book by a Brazilian priest, containing extracts of an interview he did with Pope Francis, reports that the Pontiff as being sceptical about the apparitions and motivations of the alleged Medjugorje visionaries.

In his book ‘She’s My Mother: Encounters of Pope Francis with Mary’, which has yet to be translated into English, Fr Alexander Awi Mello, who did his interview with the Pope during the papal visit to Brazil for World Youth Day, says the Pope voiced his suspicion that some people who claim visions have psychological problems, and others are deliberately deceiving the public.

The Pope was reportedly sceptical that the Virgin Mary would make appearances on a set schedule as the Medjugorje visionaries claim.

According to the Brazilian priest, the Pope acknowledged the spiritual fruits of the Medjugorje phenomenon saying, “So in the midst of human follies, God continues working miracles; isn’t that right?”

Earlier this month Pope Francis cautioned the faithful against faith that seeks out “novelty” and goes in search of visionaries and their messages.

In a homily given at Casa Santa Marta on 9 June, the Pontiff criticised those who search constantly for some special new insight, some novelty in faith.

They are prone, he suggested, to ask, “Where are the visionaries who can tell us exactly what message Our Lady will be sending at four in the morning?”

The criticism was seen as a veiled reference to the Medjugorje visionaries whose messages purportedly are delivered with incredible regularity – almost daily – and with an astonishing exactitude in time.