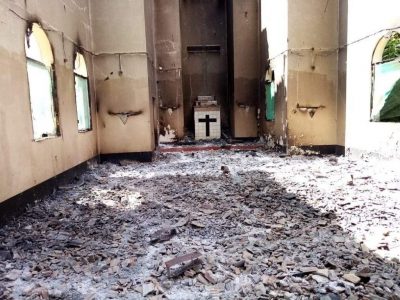 Alarmed by jihadist attacks in northern Mozambique, the European Parliament’s Committee on Foreign Affairs has called for decisive action to stop the country becoming a hub of Islamist terrorism.

The committee called on the European Commission and the European External Action Service (EEAS) to help the government of Mozambique respond to the crisis. Erminia Notarangelo, EEAS head of the Southern Africa and Indian Ocean division, told the committee that “Africa cannot afford to allow itself yet another region under terrorist rule” and that more than 500,000 people had been affected by the jihadists’ actions.

Paulo Rangel, Portuguese MEP and vice president of the EPP (European People’s Party parliamentary group), told the committee that the situation is “extremely worrying. At the moment there are more than 200,000 refugees and there might be more than 1,000 deaths … I am really very worried.”

Mr Rangel stressed that the gas deposits off the coast of Mocímboa da Praia were bigger than those in Qatar, stating that there is an “enormous interest in the natural gas reserves”.

Speaking to Catholic charity Aid to the Church in Need (ACN) following the meeting, Mr Rangel said the Affairs Committee’s discussion had been “a first step towards the European Union once again putting Mozambique at the centre of its humanitarian concerns”. Mr Rangel underlined the lack of up-to-date information about the situation in northern Mozambique, saying, “I was fortunate enough to obtain all this information via the foundation ACN International, which is in contact with the local Catholic Church.”

ACN’s dossier included photographs showing the destruction of buildings including the town’s Catholic church, Januário Pedro secondary school and the district hospital. Mr Rangel added that he would ask Josep Borrell, the EU High Representative for Foreign Affairs, for “an immediate meeting”.