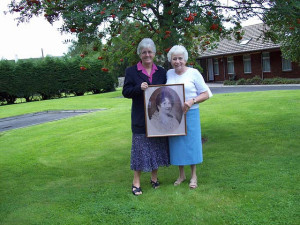 The Religious Sisters of Charity, an Irish order founded by Mother Mary Aikenhead in 1815, are today celebrating the news that Pope Francis has recognised the heroic virtues of their foundress and placed her on the path to sainthood.

On Wednesday, the Vatican declared the Cork-born Irish nun a Venerable adding to her Institute’s bicentenary celebrations which are taking place this year.

The Religious Sisters of Charity have their headquarters in Harold’s Cross in Dublin and 400 nuns serve in Ireland, England, Scotland, Zambia, California, Nigeria, and Malawi with an additional 145 in Australia.

Responding to the news, Sr Mary Christian, congregational leader of the Religious Sisters of Charity, described Mary Aikenhead as “a woman ahead of her time”.

All around her she saw the plight of people who were poor and suffering. Her great faith and trust in Divine Providence enabled her and the first Religious Sisters of Charity to provide education for poor children, establish medical facilities for those in need of health care and to visit the sick and poor in their homes,” she said.

She noted that in one of her letters, Mary Aikenhead said the sole purpose of the Congregation is ‘to lend our humble assistance to alleviate the sufferings of the poor of every creed.’

According to Sr Mary Christian, her foundress’s life was not easy, but she never lost hope.

“Her life teaches and inspires us to dream courageous visions, to have compassion for human pain, to analyse unjust structures which are the cause of poverty, to work with others to solve problems and to remain resolute in the face of hardship.” 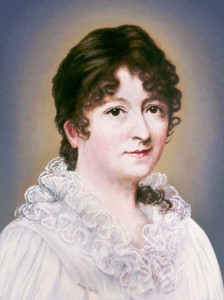 Venerable Mary Aikenhead was born in Cork in January 1787 and baptised an Anglican as he father David Aikenhead was a member of the Church of Ireland, though her mother Mary Stacpole was catholic. She was later received into the Catholic Church when she was fifteen, a year after her father, who was a doctor in Cork, had passed away.

A stay with a friend in Dublin in 1808, revealed to her the appalling levels of poverty and ill health in the city and it left its imprint.

She decided to devote herself to religious life but there were few orders in Ireland at the start of the 19th century.

Archbishop Daniel Murray of Dublin invited her to collaborate with him in the establishment of a new institute but first she had to undertake training.

Between 1812 and 1815 she prepared for religious life at the Bar Convent York, associated with Venerable Mary Ward’s nuns. In 1815, she took the name Sr Mary Augustine and returned to Dublin to establish the Religious Sisters of Charity.

On 1 September 1815, the first members of the new institute took their vows, Sr Mary Augustine being appointed Superior-General at her first convent in North William Street in Dublin.

Mary applied to Rome for permission for her Sisters to take a fourth vow, in addition to the traditional three vows of poverty, chastity and obedience, of ‘Service of the Poor’, enabling them to visit poor people in their own homes; those who were sick and hungry and cold and penniless and no one to turn to.

She opened her first Catholic school for poor children in Dublin’s Gardiner Street in 1830. The order is still involved in education today in schools such as Stanhope Street primary school in inner city Dublin.

She and her Sisters were the first nuns to visit prisoners in Kilmainham Gaol in the early 19th century.

In 1838, five of her nuns went to Australia — the first religious women to set foot on Australian soil — and opened a convent in Parramatta with hospitals and schools following later.

St Vincent’s University Hospital in Dublin, which Mary Aikenhead founded in 1834, is one of the top teaching hospitals in the country.

St Vincent’s was originally located on St Stephen’s Green and was the first hospital run by women to care for patients of all creeds and where doctors and nurses could receive training. It moved to Elm Park in 1970.

The Mary Aikenhead Heritage Centre which contains archives on the Irish nun’s life and care for the sick and poor is located in Harold’s Cross, where Mary Aikenhead spent her last years.

She died in Dublin in July 1858 and is buried in the cemetery attached to St Mary Magdalen’s in Donnybrook.

In 1879, the Religious Sisters of Charity established as Our Lady’s Hospice, pioneering a new approach to care for the terminally ill. At the time, Dublin had twice the incidence rate of TB of anywhere in Ireland and London and Glasgow, while its incidences of typhoid and measles was triple that of London.

Newer initiatives that the sisters are involved in today include championing the abolition of human trafficking, campaigning for clean water in Malawi, Nigeria and Zambia, advocating against injustice and raising awareness of the need to preserve our fragile earth.

“The Sisters of Charity are a great bunch of women and it’s my privilege to know and work with them,” Pat Coyle, Director of Jesuit Communications in Ireland commented.

“They give hospice care to the dying, work with the sick in hospitals and at home. They care for our migrants and asylum seekers, and look after the ever increasing number of people left homeless, in these days of spiralling home repossessions. They visit prisoners in jail and look after their families, they teach our children.”