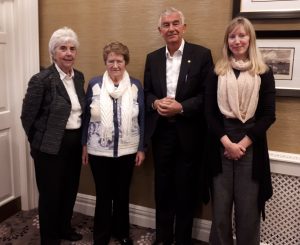 Irish missionary, Fr Shay Cullen, has called on TDs and Senators to support a new bill which, if passed, would restrict foreign travel by convicted paedophiles.

The Sex Offences (Amendment) Bill 2018, which was introduced into the Dáil by Deputy Maureen O’Sullivan, would make Ireland the first country in the EU to curtail overseas travel by convicted child sex abusers.

Australia has already introduced such legislation.

At a press conference in Dublin last week, Fr Cullen, a Columban missionary based in the Philippines since 1969, said the Bill would “help to curtail child abuse sex tourism and protect children in countries like the Philippines, Thailand, and Cambodia where child protection laws are weak or not enforced.”

According to TD, Maureen O’Sullivan, “There has been an increase in sex tourism by EU, Australian, and American nationals where they are more or less free to exploit children in countries such as the Philippines.”

She said the Bill to amend the Sex Offenders Act 2001 would “empower judges to impose travel restrictions on those convicted of child sexual abuse in Irish courts.”

“The aim of this legislation is to protect the vulnerable in those parts of the world where sadly there is little or no child protection. In our globalised world where travel is readily available I believe we must do all we can in Ireland to ensure that our citizens who have been convicted of child sexual abuse, should they be deemed a risk, do not have a free pass to travel to other jurisdictions to abuse children” she said.

She explained that imposing travel limitations is entirely at the discretion of the judiciary and factors such as engagement with rehabilitation and other factors are taken into account.

The Bill has passed first stage in the Dáil and will now go to the second stage and before the Oireachtas Justice Committee.

In practice, the Bill could mean a requirement for convicted child sex offenders to have a special stamp on their passports.

Fr Cullen highlighted that roughly 4.5 million children are trafficked globally each year in a business that is estimated to be worth $32 billion.

The majority of trafficked people are female and about 33% are children.

According to Fr Cullen, there are few reliable statistics of the number of children abused in the Philippines but UNICEF estimates it at 60,000 annually. 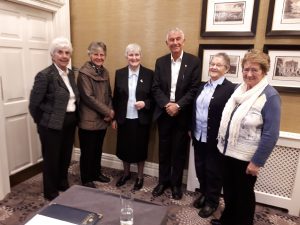 PREDA Foundation, which was set up in 1974 by Fr Cullen, has a home for girls and a home for boys.

These homes staffed by professionals have helped hundreds of children – some as young as eight years – to recover from the trauma and overcome the pain and anger they felt at being abused.

Sex tourism from Ireland is growing and more Irish bars are opening in the Philippines. In Olongapo where PREDA is located, there are 300 sex bars.

“Police and pimps are working together to exploit these children and sell them to foreign tourists,” Fr Cullen said.

He also pointed out that the government is issuing licences to the sex bars where children are being abused. “They know what’s going on and they don’t do anything to curtail it – in fact they encourage it.”

“The recent media coverage of arrests of suspected child abusers in Ireland, and the jailing of an Irish television producer in the UK has once again shone a light on the problem. However, that is only the tip of the iceberg. The internet or dark web is enticing thousands of paedophiles worldwide to travel to developing countries and abuse children – some of whom they first met online through a human trafficker who is a relative,” Fr Cullen commented.

The Bill is the result of Fr Cullen’s address to TDs and Senators in Leinster House in May 2017.

Gráinne Kenny of PREDA Ireland paid tribute to Deputy Maureen O’Sullivan for drafting and introducing the Bill which is expected to receive over-whelming support as it passes through the Oireachtas.

PREDA Ireland is asking Irish MEPs and Irish representatives on the Council of Europe to promote similar legislation throughout Europe.

In 2006, he published a book – Passion and Power – with an introduction by Mary Robinson, former President of Ireland, and an endorsement by the Hollywood actor and human rights supporter, Martin Sheen.

He has been recognised by several international awards for his work and was nominated four times for the Nobel Peace Prize.

Numerous newspaper articles and television documentaries have reported the success of his work protecting children and campaigning for human rights.

He was an invited delegate to the conference drafting the Convention on the Rights of the Child in Helsinki, and has addressed the US House of Representatives Committee on International Relations on the issue of street children, and the House Sub-Committee on Africa, Global Health, and Global Human Rights on human trafficking.

He has also addressed German MPs in the Bundestag on a number of occasions. The German overseas aid agency grant-aided one of the PREDA homes.

Further information about the pioneering work of PREDA can be found at www.preda.org and www.predafairtrade.net