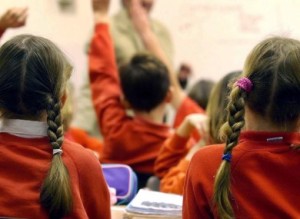 The Society of St Vincent de Paul has welcomed the Minister for Education’s instruction to schools to survey parents on their school uniform preferences.

The move is seen as a possible way of reducing school costs for hard pressed families.

On Monday, Minister Ruairi Quinn announced that a questionnaire would be issued to parents on the matter by all schools in time for September 2014.

The questionnaire will include low cost options which the SVP, Barnardos and the National Parents’ Council have insisted must be available to parents.

Up to now, parents have had to pay for whatever uniform choice the school has made.

Welcoming the Minister’s move, Audrey Deane, SVP Social Justice & Policy Officer, said the SVP had “repeatedly asked the Minister directly about the issue” and she welcomed the fact that he had “obviously listened.”

She said parents have had very little say in how decisions regarding school uniform policy are made at school level.

“We know that many parents have little contact with their board of management and find themselves having to pay unnecessary high uniform costs without their views being taken into account.”

The SVP spokeswoman said they were “so concerned at this lack of accountability for parents that along with Barnardos and the National Parents’ Council, we invited the education bodies to endorse a guide on uniform policy containing a list of cost saving practical options.” The guide was disseminated to all schools last May.

“The Minister supported this guide and we can see his commitment to reducing school costs for parents in his announcement today,” she explained and added that the SVP would now continue to lobby for practical solutions to reducing other school costs, such as school tours, school equipment as well as school books and electronic tablets.

“We are fearful that the explosion in ebooks and tablets is unregulated and needlessly expensive, which disadvantages those who cannot afford such devices,” Audrey Deane warned.

“SVP does not accept that lack of income is a good enough reason to stop children reaching their potential at school. We want a level playing field for all our pupils regardless of means,” she said.