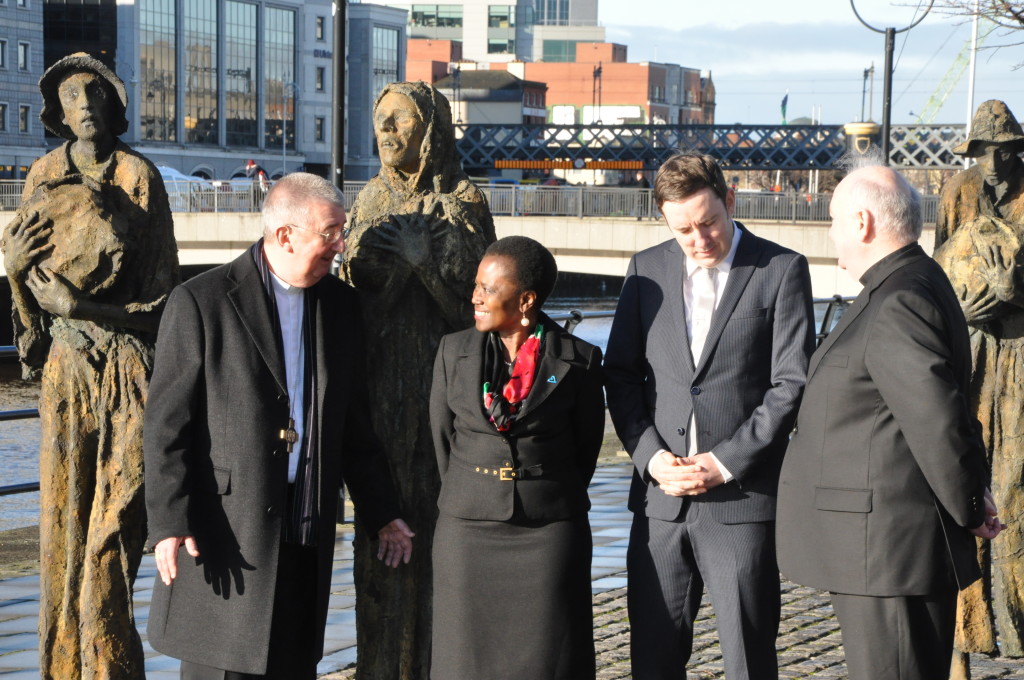 The Churches have a special role in welcoming and integrating immigrants Archbishop Diarmuid Martin of Dublin told a conference on migration on Wednesday in Dublin.

Welcoming the conference as a forum in which to calmly and rationally consider all dimensions of the theme of migration, the Archbishop told delegates, “People have a right to emigrate” and immigrants must be recognised as people with their own culture and religious traditions.

Addressing the conference on ‘Journeying Together Challenges: Facing the Migrant Today’, held to mark the 10th anniversary of Erga Migrantes Caritas Christi, the Archbishop described migration is “an intrinsic part of the DNA of a globalised economy and a globalised world.”

For the Catholic Church, he said, immigration must be guided by that Caritas Christi which is in the title of the document of the Pontifical Council for Migration and Tourism whose anniversary the conference marked.

“Reflecting the charity of Christ means that we build a global culture marked by a genuine and caring encounter with the other,” the Archbishop said.

Stressing the challenge of the pastoral care and the on-going faith formation of immigrant Catholic communities, he warned that immigrants, far from home, can very quickly lose contact with their religious roots because of the complex and long hours they work and the different religious culture.

“This is a special responsibility of the Church of the receiving country, but requires contact with the authorities of the sending Church and the help of specialised emigrant chaplaincies, which are not just social welfare agencies but part of the Gospel outreach of the Church,” he stated.

He highlighted that Pope Francis’ first journey outside Rome after his election was to the Italian island of Lampedusa, which he said is, in many ways, a symbol of how the aspirations of those who seek a better chance for themselves and for their children have been exploited.

“Hundreds have died on their journey across the Mediterranean, many of them women and children.  People have been forced to spend their entire savings and those of their families to exploitative ship owners, if ship is the appropriate term.”

Elsewhere in his address to the conference, which was organised by the Catholic Bishops Councils for Immigrants and Emigrants, the Archbishop warned Irish society that it had to be alert to the first signs of racism and xenophobia.

Ahead of the European elections in May, he said immigration would be an election issue as “people are fearful about the loss of their jobs and the loss of national identity.”

Ireland, he said, was fortunate never to have had a strong anti-European or anti-immigrant political current, but that didn’t mean that it couldn’t exist.

“We have to be very careful to see where there is latent and hidden discrimination against immigrants,” he suggested and said Irish society should be looking at the manner in which its asylum procedures are carried out.

“Our processes for recognition of asylum are too long and restrictive,” he criticised.

If anti-immigration policies become more vocal in Britain, the Archbishop said Ireland should take a lead on “constructive managed immigration.”

According to Dr Martin, another “big problem” for the country is emigration. “Why are people emigrating?” he asked.

Calling on the government to do more on the high levels of youth unemployment in Ireland, the Archbishop said, “Ireland has high quotas of talented youth entrepreneurs but I often hear of the difficulties they encounter in getting finance to start business.”

“It is vital for employment to ensure that entrepreneurship and creativity can flourish among the young,” he said.

Referring to the experience of multi-culturalism in other countries, the Archbishop said it could create parallel cultures which, in the context of poor social housing policy, could create ghettos.

“Ghettos will only build up walls of division rather than break down barriers of misunderstanding,” he warned.

Other speakers at the conference included Stefan Kessler of the Jesuit Refugee Service in Europe and Cecilia Taylor-Camara of the Catholic Bishops conference in England and Wales.

Speaking to CatholicIreland.net, Fr Alan Hilliard, a member of the board of the Irish Bishops’ Council for Emigrants, backed Archbishop Martin’s comments on Ireland’s “ambivalent ‘green card’ immigration culture”.

“For certain higher executives visas are easier to come by than for the ordinary worker who is left more vulnerable,” he said.

“Globalisation says we want workers but the Church is saying they are people. You have to take account of every aspect of their lives, including their family if you want to have full integration,” Fr Hilliard said. 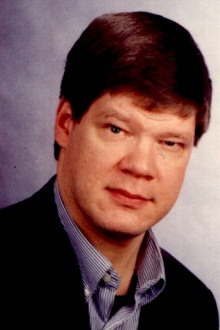 In his address, ‘Race for Stinginess or Competition for Hospitality?’ Stefan Kessler of the Jesuit Refugee Service Europe noted that civilisation in Europe has always been dependent on immigration

But he said the current policies in the European Union and its member states are far away from reflecting these facts.

He cited the story of Hadiyah from Iraq and her family to illustrate this.

“One day armed men invaded her village and kidnapped her two sons, aged 16 and 18, along with the other young men in the region. A week later the boys were brought back and killed in front of their parents. Hadiyah’s outspoken condemnation of this atrocity led to numerous death threats, forcing her husband and two daughters to another village and Hadiyah out of Iraq with their 12-year-old son.”

“They arrived to Ireland in the hope of finding protection. Instead Hadiyah was arrested and imprisoned for not having the right documents. Her son was taken by social workers and put in the care of the social service. ‘Why are they doing this to me, to us?’ Hadiyah cried to a JRS worker.”

“Such cases are reported not only from Ireland but from many other European Union Member States as well. You could get the impression that there is a race for stinginess among Member States, a contest on who is treating protection-seekers worst,” Stefan Kessler observed. 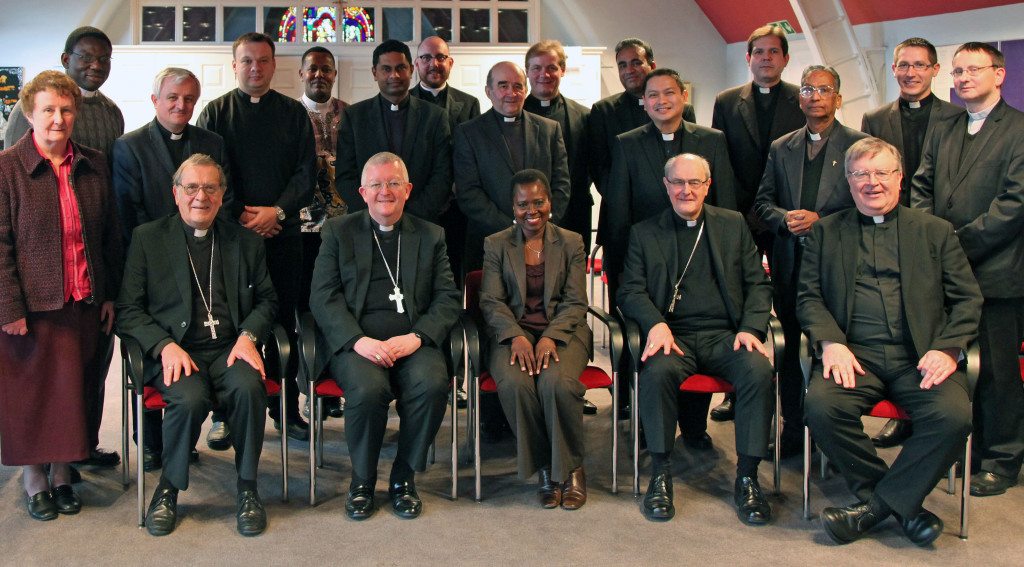 Cecilia Taylor-Camara, adviser to the Catholic Bishops in the UK:

Another speaker, Cecilia Taylor-Camara, senior policy adviser with the office for migration policy of the Catholic Church in England & Wales, said a significant part of the work of the Bishops is about giving visibility to the needs of migrants, raising awareness and translating that awareness into action that strengthens the Church’s response to migrants.

“Much of this work, of which I am proud to be part of, is about reaching out to support vulnerable groups of migrants, enabling migrants to become fully part of the Church and the local community and to continue to nourish an attitude and spirituality of welcome in our dioceses, in our parishes and in our schools,” she explained.

She recalled that her own journey as a migrant started in Africa “during one of the world’s most brutal civil wars that was characterised by amputations, in a country historically referred to as the ‘Whiteman’s Grave’ and was  known to be the home of freed slaves from the Trans-Atlantic Slave Trade.”

“On 25 May 1997, the civil war in Sierra Leone, West Africa (my home country), reached its pinnacle when Freetown, the capital city, fell into the hands of the rebel Revolutionary United Front (RUF).

“Freetown was under siege and its citizens were helpless. My family was housebound under the barrage of AK47 gun shots and rocket-propelled grenades (RPGs). We lived near the military ordinance, a prime target of the RUF. Bullets were fired indiscriminately from the military ordinance directly opposite our house. Two stray bullets landed in our living room as our house was within the area of military operation. I had just removed the cushion from the sofa when one of the bullets missed my head by a hair’s breath.  It was a near death experience for me.”

Having fled to the UK, seventeen years on, she said “My family never expected to be away from home (Sierra Leone) for more than a few months – hoping the situation would calm down and normalise.”

Cecilia Taylor-Camara reminded the conference delegates that many migrants come not out of choice, but due to circumstances beyond their control.

“My family was settled in Sierra Leone. My husband was a lawyer and I a manager with ActionAid. We lived a moderate but contented lifestyle. It was not within our immediate plan to uproot ourselves and our children, be rid of all our belongings, our families, friends and lifestyle, to come and live in a council flat in London, relying on welfare benefits and milk tokens to make ends meet.”

She warned that many people are becoming immune to the plight of refugees. “Television pictures hold the attention of people as scenes in the troubled spots of the world unfold, and after a couple of days they switch off as other situations take priority. Once the limelight dims, people in those troubled lands are left to fight their own battles against the elements or tyrannical governments,” she said.

“Some politicians and the media portray migrants as intruders and exploiters who come to exploit the health and welfare services of the EU, not as people fleeing persecution or natural disasters. No wonder then the host communities believe the spin and treat or respond to migrants in similar manner to that which the biblical people treated lepers or Samaritans.”

“We fail to realise that we could learn a lot from the migrant communities that will enrich our churches, if we deepen our knowledge on migration, especially on integration through the Church.”

The UK church spokeswoman on migration said migrants bring with them many skills and talents. 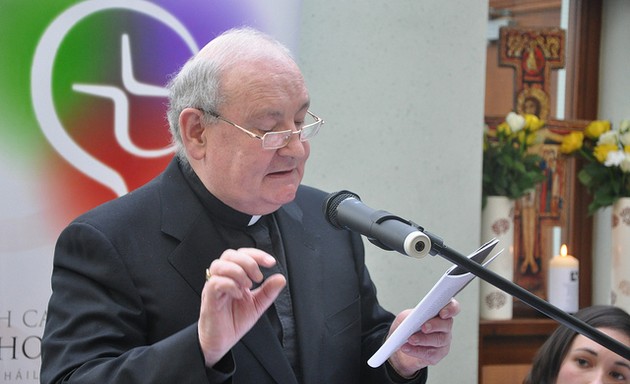 Bishop Ray Field, Chair of the Council for Immigrants, spoke to CatholicIreland.net after the conference about his experience as a bishop in the greater Dublin 15 area where “a huge number of migrants live”.

“I am always conscious of how best to reach out to them and to integrate them; as Archbishop Martin said, to encounter them in the correct way.”

“It is not always easy, it is a challenge. I think the schools have risen to that challenge – some of them have quite a number of migrant children and they have really done their best to produce fabulous results.”

He paid tribute to the way local parishes had welcomed the new Irish as well as schools and places of work like hospitals.

Bishop Field said the Bishops Council for Immigrants would discuss the length of time it was taking for the processing of asylum applications in Ireland to see what could be done.

He said the Catholic Church can and does make an impact on migrants’ lives and had “reached out in many different ways through our liturgies and the advice and other resources that we put out there to ensure that parishes and the diocese will welcome the migrants – whether they are illegal or legal migrants.”

A member of APT – Act to Prevent Trafficking – she regretted that there had only been one definite prosecution for trafficking in Ireland in recent years.

“It is very disappointing that there are so few prosecutions,” she told CatholicIreland.net

She said APT would like to see the Government introduce legislation along the lines of that in place in some of the Nordic countries “where the buyer is prosecuted and the woman is treated as a victim.”