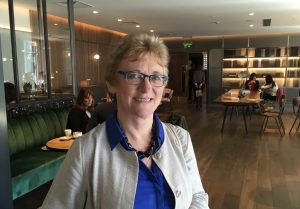 One of the two Scottish midwives who lost a Supreme Court action in London in 2014 over their right to conscientiously opt out of having any role in an abortion has said it “pains” her to see where Ireland is going.

In an address to a conference organised by the Medical Alliance for the Eighth, Mary Doogan from Garrowhill in Glasgow, recalled how she and Connie Wood were employed as labour ward co-ordinators at the Southern General Hospital in Glasgow.

The two, who became known as the Glasgow Midwives, had been instructed by their employers to supervise late-term abortions but refused.

Mary Doogan understood she was protected by a ‘conscience clause’ in the 1967 Abortion Act.

However, the Supreme Court ruled that while midwives could opt out of ‘frontline’ abortion procedures, those in supervisory positions like Mary Doogan and Connie Wood still had to supervise staff during abortions.

The ruling overturned an earlier decision by an Edinburgh court, which supported the women’s claim that they were ‘conscientious objectors’.

Following the Supreme Court decision, the two midwives were facing disciplinary action for refusing to undertake abortion work and so they felt they had no choice but to take early retirement, despite their long service and expertise.

In her address on Saturday, Mary Doogan revealed that both of her parents hailed from Co Donegal.

For 20 years, she did voluntary work with SPUC helping post abortive women.

As she was preparing to undertake her legal action against the hospital, she recalled how one evening she had gone home from work and “dropped to my knees” and said “the most heartfelt prayer to God”. She then picked up the Bible and let it open at random and it opened at Exodus 1.15-22.

This short passage mentioned midwives seven times. She told the conference, “That passage sustained me down the years.”

Although the Supreme Court case was unsuccessful, she said the stand she and Connie Wood had taken had “resurrected the pro-life movement in the UK”.

The 63-year-old described the right to life of the unborn as “a human rights issue” and said the push for unrestricted abortion is being driven by “a small number of ideologues”.

One of the positive outcomes was that in the UK, more people are joining pro-life groups and taking part in the 40 Days for Life while the polls show that the public want more restrictions on abortion, though “the government keeps pushing its agenda”, she said.

Since the conclusion of the legal battle and being forced to retire, Mary Doogan has developed a skin condition called angioedema, which causes hives and a painful swelling of the skin. It is stress related.

On Saturday, solicitor and legal consultant to the Pro Life Campaign, Caroline Simons reminded conference delegates that they were being asked to remove the constitutional protection for all unborn babies in the womb.

The courts, she warned, would look on a vote for repeal as a sovereign decision of the people which they had decided was for the common good and required all constitutional protection of the baby to be removed.

“If the legislation that the Government produces has some kind of protections in it for the unborn baby, in due course that legislation will be challenged by somebody who wants to have an abortion after the first 12-week period passes,” Caroline Simons warned.

Ms Simons also highlighted that one of the legal advisers for the repeal side had said that if the amendment is repealed, she envisages interim legislation as a stop gap on the way to light touch or almost no regulation of abortion at all.