‘Maternity units in sub-standard condition’ among scandals in HIQUA report 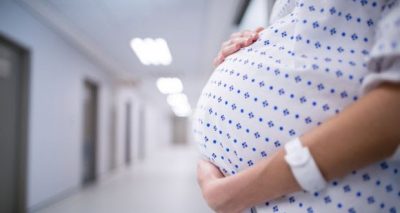 Reports published by the Health Information and Quality Authority (HIQUA) have found that an alarming 15 of the state’s 19 maternity units are operating below compliance standards relating to physical infrastructure and working environments. The reports relate to unannounced inspections across the maternity network by HIQUA during May and August 2019.

Spokesperson for the Pro Life Campaign, Eilís Mulroy, said that the HIQUA findings have exposed conditions that are a direct result of a legacy of neglect at government and ministerial level: “The reports that are being published today are profoundly disturbing. While they acknowledge the dedication and commitment of front-line maternity staff right across the maternity network, they also raise deeply worrying concerns around leadership and management approaches that must be challenged.”

Ms Mulroy also said that, at the time of the inspection at the National Maternity Hospital, Holles Street, formalised care pathways did not exist to ensure that women with complex, high-risk pregnancies in the smaller maternity units throughout the state were accepted. She also noted that mothers and babies across the country were being accepted into hospital only depending on “maternal bed and neonatal cot capacity”.

“The PLC has consistently highlighted the huge levels of geographical disparity and the postcode lottery aspect of the system when it comes to accessing the highest levels of care for mothers and babies. These reports confirm our position,” Ms Mulroy said.

She also pointed out that the report shows maternity units in Cork, Cavan, Drogheda and Wexford as the only ones “substantially compliant” with physical infrastructure standards. However, the remaining units were found to need “significant upgrading and refurbishment”.

Ms Mulroy said that the Pro Life Campaign has called “time and again for a focus on the delivery of best practice in the safest environments possible during the course of the outgoing government’s tenure” but that it has “clearly not happened”. Other priorities, she said, have prevailed.

“Instead we have seen people like Mark Molloy, a patient’s representative, resign from the board of the HSE because only 12 per cent of the money promised by government for improvements to the maternity units was provided.

“As a national newspaper reported some months back, the remaining funding that was supposed to be ring-fenced for maternity units was diverted to abortion services instead. It is an absolute scandal that abortion which has nothing to do with genuine healthcare was prioritised over safeguarding the lives of pregnant women and their babies.

“We need to re-focus on delivering the best care possible for mothers and babies and to avoid the ongoing rush to prioritise abortion funding to the clear detriment of mothers, babies and staff,” concluded Ms Mulroy.

An overview of the reports can be downloaded from the HIQUA website here.