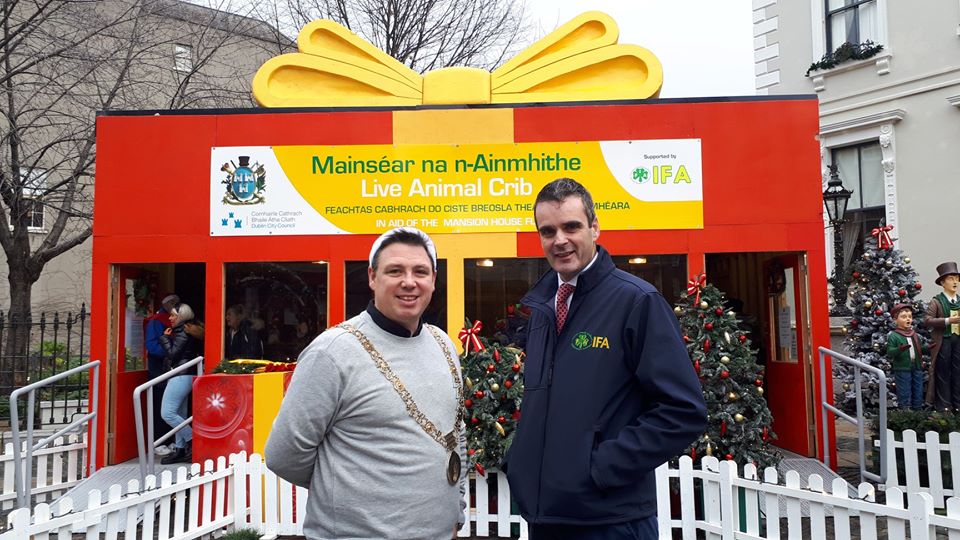 The Live Animal Crib has opened at Dublin’s Mansion House and includes in its menagerie a pair of one-year-old sheep named Peter and Paul, Lily the goat, and Bobbi the five-year-old donkey.

Every day between now and Christmas the animals and their minders will stay at the crib and then travel home to their farm each night for feeding and safekeeping.

The crib is an annual initiative by the Lord Mayor of Dublin and the Irish Farmers’ Association (IFA), who were present at the launch yesterday, Tuesday 10 December.

“The Live Animal Crib remembers the very first Christmas and reminds us of the peace and joy at this time of year,” said Paul McAuliffe, Lord Mayor. Those who visit the crib can leave a donation for the Mansion House Fuel Fund, which helps people in need in Dublin.

“I would like to thank the Irish Farmers’ Association for their generous gift of the animals and their continuous care throughout their stay at the Live Animal Crib. I encourage all Dubliners – young and not so young – to come along to see the Crib and make a donation to the Mansion House Fuel Fund,” he said.

IFA President Joe Healy, who is to step down later in the month when a new President of the farming organisation is announced, said the opening of the Live Animal Crib with the Lord Mayor of Dublin is one of his personal highlights of the year.

“The Crib is a wonderful example of the co-operation between city and country. For families who are visiting Dublin between now and Christmas Eve, a trip to see the animals in a traditional nativity scene is an essential part of their day out,” he said.

“I would like to thank the Lord Mayor for his hospitality and I would ask people to think of making a contribution to the Lord Mayor’s Fuel Fund, which helps families in need this Christmas,” he added.

The opening included the Little Angels from St Joseph’s Nursery, Dublin 8 and the Lucan Gospel Choir. They were joined by Rev David Gillespie of St Ann’s Church, Fr Enda Cunningham of St Andrews Church and Brian Gillen and Gillian Bird of the DSPCA. 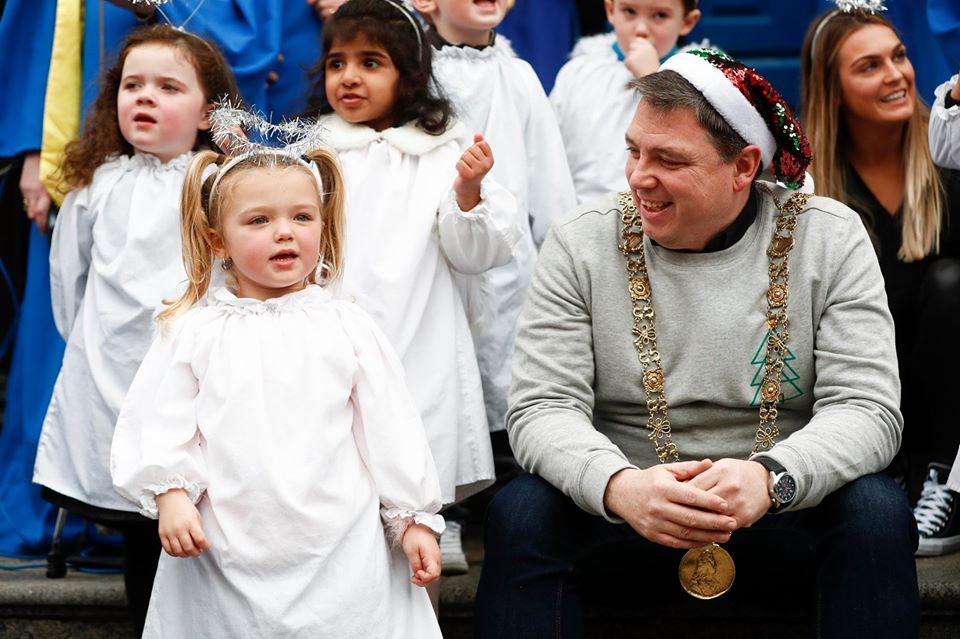 The Live Animal Crib has been in Dublin every year since 1995. It is built and erected by Dublin City Council and the animals are provided and cared for by members of the IFA. This year the Gallagher family was involved in providing and caring for the animals.

It is one of the oldest charities in Dublin and distributes cash grants through a number of charitable bodies of many creeds and none. Charities that have benefitted in recent years include the St Vincent de Paul, Dublin Simon and Abbey Presbyterian Church Hamper Fund.

Admission to the Crib is free but donations are welcome. The Crib is open daily from 11 a.m. to 5 p.m. until Christmas Eve, when it will close at 1 p.m.