Lifejackets for pilgrims to Canons’ Island in Shannon Estuary 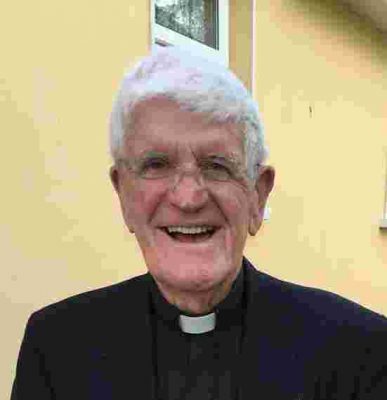 More than 150 people donned lifejackets yesterday to take part in the annual pilgrimage to Canons’ Island in Co Clare.

Also known as Inisgad, Canons’ Island has had a long history of pilgrimage. In the 1990s, the tradition of pilgrimage to the island was revived by the then parish priest of Kildysart, Fr Michael Hillary, and the current parish priest, Fr Albert McDonnell, is keeping the pilgrimage alive.

Canons’ Island is the largest of a cluster of 20 islands that occupy the confluence of the Shannon and Fergus estuaries, immediately west of Shannon Airport.

The island is home to an impressive ruin of an abbey founded by the Canons Regular of St Augustine in the 12th century. It was abandoned in the 16th century following King Henry VIII’s suppression of the monasteries, but it remains a place of burial.

In the middle of the 19th century, the island was home to more than 50 people, but no one has lived on it since the mid-1970s.

This year’s pilgrimage was led by Bishop Fintan Monahan of Killaloe, who spoke of the history of the island in his homily. The bishop also blessed a new bell that will be permanently located in the abbey’s grounds. During the Mass, prayers were said for the soul of Fr Michael O’Grady, a priest of the Diocese of Phoenix, in the United States of America, who used to visit Kildysart every summer. Fr O’Grady died on Saturday.

Unlike most other pilgrimages, the holy day on Canons’ Island does not take place on a specific day or date of the year. “Because there is no pier or jetty on the island, the pilgrimage has to take place on a Sunday when there is a high tide,” explained Fr McDonnell.

In previous years, the pilgrimage has taken place as late as 2nd September.

Those who travelled to the island yesterday made their way from Kildysart and Bunratty in Co Clare and from Foynes and Askeaton in Co Limerick on the other side of the Shannon Estuary. Pilgrims travelled in an armada of more than a dozen boats, most of which are used by local families to farm the islands in the estuary. Bunratty Search and Rescue also provided assistance with their inflatable rib.

“We had a perfect day,” said Fr McDonnell. “The weather was good and the water was calm. It was a lovely place to be.