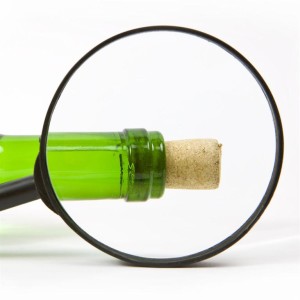 “It marks a milestone in the lives of young people as their unique set of talents, skills, abilities and interests are recognised,” Darren Butler, National Coordinator, Pastoral Response to Substance Misuse (IBDI) told CatholicIreland.net.

He cautioned that the Leaving Cert results are a time of high emotions – of celebration for some but for others disappointment and stress.

He added that if their choice of celebration includes alcohol, young people need to be aware of the health risks of drinking larger amounts than they are used to, or that getting drunk for the first time may pose safety risks.

“Over the years parishes have run alcohol free disco’s which provides an alternative for teenagers to celebrate and avoid peer pressure scenarios where they feel they must be part of the drink culture that regularly causes headlines the morning after the results are celebrated,” he said.

Not everyone drinks and one such girl told IBDI that: “I couldn’t believe the amount of alcohol that some friends drank, they will not remember much about the night we celebrated. We studied and worked so hard I wanted the night to be something I remember for years to come”

IBDI has been coordinating drug and alcohol prevention activities in many parishes across the country since 2008.

Their programmes highlight the factors that can hinder or promote the well-being of young people at important stages of their lives.

This time of exam results is a special occasion where young people and their parents are keen to celebrate.

To parents IBDI suggests that they share the joy of celebration with friends and family by encouraging children to develop healthy friendships and fun alternatives to drinking.

While some parents may feel that their influence with regard to rules around alcohol is minimal, IBDI suggests that teenagers are very much influenced by what parents believe, what they do and how and what they say regarding alcohol.

“It is very important that parents discuss drinking with their children and try to offer them the facts about alcohol, reasons not to drink, and ways to avoid drinking in difficult situations,” stated Darren Butler.

If they want to drink he said: “Work out a common agreement where limits are set and understood regarding their alcohol use. It is important for parents to believe in their own power to help a child avoid alcohol use.” He suggested the best thing they can do for their young people is to delay the age at which start drinking.

Alcohol Action Ireland, the national charity for alcohol-related issues, is also encouraging parents to talk to their children.

“Parents must recognise that their child may end up in situations in which they may feel unwell, uncomfortable, or scared as a result of either their own or other people’s drinking. We are urging parents to talk openly with their children about what their plans are for the evening and make sure they know all the important details, such as what they will be doing, who they will be with where they are going and how – and at what times – they plan on getting there and coming home,” said Suzanne Costello, CEO of Alcohol Action Ireland.

She added that it is also important to let the young person know they can call home without fear of recrimination if they feel unsafe or unwell at any point.

When parents try to talk to children about alcohol consumption, they are dealing not only with the influences of peers, but a wider harmful drinking environment in Ireland in which drunkenness has been effectively normalised and is often celebrated, and where alcohol is widely available at very cheap prices in the off-trade.

She called for comprehensive legislation on alcohol marketing which means that children and young people are continuously exposed and the drinks promotions on television and social media that give a rosy images of alcohol.

Alcohol Action Ireland also called on alcohol retailers – such as pubs, nightclubs, convenience stores, supermarkets and off-licenses – to ensure that they do not sell alcohol to minors and do not target young people with cheap drinks promotions that encourage binge drinking.

For tips for teens and parents – see: www.irishbishopsdrugsinitiative.com and: http://alcoholireland.ie