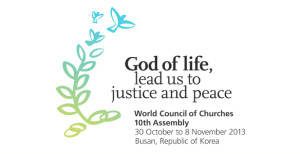 Archbishop Diarmuid Martin of Dublin is among the 5,000 participants taking part in the 10th Assembly of the World Council of Churches in South Korea this week.

From 30 October until 8 November, the delegates are meeting in Busan, the second largest city in South Korea.

It is hoped that the Assembly can contribute to finding a way to ease the tension on the divided Korean peninsula.

A large Catholic delegation of ecumenical experts arrived in the South Korean capital, Seoul, at the weekend, en route to the Assembly.

The Catholic delegation is headed by Bishop Brian Farrell of the Pontifical Council for Christian Unity.

The assembly is the highest governing body of the World Council of Churches (WCC), and meets every seven years.

The assembly has the mandate to set the future agenda of the council, to elect governance officials and to speak with a public voice on behalf of the churches.

It also has the mandate to review programmes, issue public statements and determine the overall policies of the WCC, as well as to elect presidents and a central committee that oversees the council’s work until the next assembly.

The gathering is also a unique moment for the whole fellowship of member churches to come together in prayer and celebration.

It brings together churches, denominations and church organisations in more than 110 countries and territories throughout the world, representing some 560 million Christians.

It includes most of the world’s Orthodox churches, scores of Anglican, Baptist, Lutheran, Methodist and Reformed churches, as well as many United and Independent churches.

However, the 1.3 billion strong Roman Catholic Church is not a member of the WCC, but serves on some important council bodies and a number of ecumenical organisations. 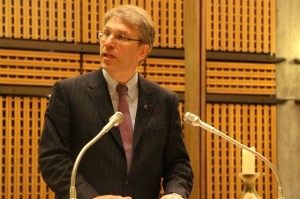 On a recent visit to Rome, Rev Dr Olav Fykse Tveit, secretary general of the World Council of Churches, said Pope John XXIII’s teachings on peace and human rights continue to influence the Christian world, far beyond the confines of the Catholic Church.

He was in Rome to mark the 50th anniversary of the encyclical Pacem in Terris.

The WCC leader told participants at a three day conference in early October that people of all different confessions, disciplines and political persuasions are increasingly called to walk the pathway of justice and peace together.

Rev Fykse Tveit said the journey of just peace focuses on four challenges: peace in the community, peace with the earth, peace in the marketplace and peace among peoples.