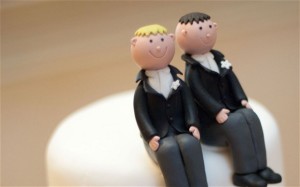 The Labour Party is trying to force another referendum on the Irish public even though the public doesn’t really want it, according to the Iona Institute.

Spokesperson, David Quinn, was responding to the pledge by Labour leader, Eamon Gilmore, that a referendum on same sex marriage would be held “within the lifetime of this government” and perhaps as early as next year.

The Tanaiste made his promise in his address to the Labour Youth Conference in Limerick at the weekend.

“This is not a burning issue for the general public,” David Quinn told CatholicIreland.net “Labour keep pushing for this – they want it but the public doesn’t want it,” he said.

“Advocates of same sex marriage deny flat out that a child ought to have a mother and a father ideally. They don’t believe that natural ties matter at all,” he said.

The director of the pro marriage think tank also suggested that referendum fatigue is setting in among the Irish public which may delay the holding of any proposed referendum.

After the conference in Limerick, a spokesperson for the Labour Party indicated that Minister Gilmore hoped to hold the referendum in 2014 or at the latest in the spring of 2015.

“The passing of the abortion bill got Labour nowhere in the polls. If there really was a burning desire among the public to see that passed, I would have expected Labour, who were the main architects of it, to have gone somewhere in the opinion polls,” the Iona Institute spokesman commented.

While the opinion polls have shown a majority backing same sex marriage, David Quinn responded, “I don’t think the public are particularly moved by it. An opinion poll on something like this will give you an indication of breadth rather than depth of feeling on an issue. When people begin to think about an issue, their opinion often changes rapidly. We see this again and again in opinion polls.”

Accepting same sex marriage is a statement that “we no longer think as a society that children should have the love of their mother and their father and that we do not think that the natural ties are worth preserving,” he observed.

“You are actually adopting a de-gendered and denatured view of marriage and the family – that is a radically different view of parenthood,” he said.

The journalist added that planning to deprive a child of either their mother or the father and cut the natural tie before the child is ever born was “completely unjust and completely unjustifiable.”

The Iona Institute director and newspaper columnist said he would not like to see a referendum take place on the issue because he “would be concerned that it would pass. If it did pass it would bring about this radical change in children’s rights – a harmful change – I wouldn’t like to see that happen.”