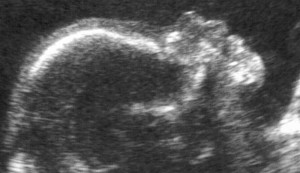 Official policy of the party will now be to repeal the Constitutional amendment, replacing it with legislation which will allow abortion “in cases of a threat to a woman’s life, a serious threat to her health, in cases of fatal foetal abnormality, rape and incest where that poses a threat to the woman’s mental health”, according to Chairwoman of Labour Women, Sinead Ahern.

Labour Senator Ivana Bacik said the party was looking to prepare draft legislation and she was moved by the ‘passion in the room’ supporting the repeal of the 8th amendment.

At the debate, delegates strongly criticised the 1983 amendment. Sinead Ahern said legislating for the ‘X’ case was an “important first step, there is still more to do”.

Meanwhile, the Pro Life Campaign has called for a massive turn out at a protest march on 11 March 2015 highlighting media bias on the abortion issue. 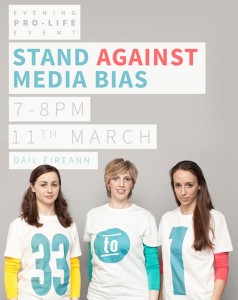 Deputy Chairperson of the PLC, Cora Sherlock points out that in recent months the campaign to repeal the 8th amendment has accelerated.

Minister for Health Leo Varadkar has shifted his position in favour of more wide ranging abortion, while Independent TD Clare Daly is seeking to widen access and the National Women’s Council is also pushing for a more liberal abortion regime.

“One common feature of all this is how the media push, promote and manipulate these stories to advance a radical abortion agenda.”

Over one two week period, the PLC estimates there were 33 news stories backing abortion to one against.

For that reason they are holding a large public event outside the Dáil on Wednesday 11 March 2015 to launch a national campaign challenging media bias and ‘groupthink’ on abortion.

The event is being called ’33 to 1: Stand Against Media Bias’.