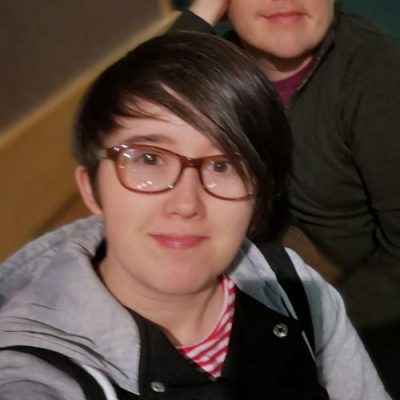 Journalist Lyra McKee, 29, who was killed during riots in Derry on Thursday.

The people of Derry are determined the killing of a young journalist in the city will not signal a new era of violence, according to Derry’s Catholic bishop.

Bishop Donal McKeown said the death of journalist Lyra McKee on Thursday had cast a shadow over the Northern Ireland city – a city that in recent years had made “so much progress” towards peace.

Ms McKee, 29, died after being hit by a bullet fired by a gunman in the Creggan area of Derry. The shooting happened during riots in the area after the PSNI carried out raids searching for materials they said they believed would be used in violence over the Easter weekend.

Bishop McKeown told CatholicIreland.net that there is a determination that a city which has suffered so much over the decades will not be dragged back into violence.

“Our young people deserve better prospects for a peaceful future. They have enough problems with addiction, mental illness and suicide – they don’t need this as well. Today we stand at the foot of a Cross, but we will not be overwhelmed.”

Republicans in Derry had planned an Easter commemoration for Monday, but in response to a request from local Creggan priest, Fr Joe Gormley, the march has been called off as a mark of respect for Ms McKee.

Fr Gormley told BBC Radio Foyle that he had administered the last rites to Ms McKee after the shooting. He said the whole parish was stunned by the killing.

“Our parish is full of so many good people and these people come into our area and use us to carry out such vile acts. How dare they?” he said.

Yesterday afternoon Bishop McKeown joined a public gathering in Creggan. “The size of the crowd, the large number of young people and young parents and the warm welcome from the community for Arlene Foster and other DUP figures, Naomi Long of the Alliance Party and Mary Hamilton of the Official Unionist Party – plus Sinn Féin and the SDLP – spoke of a community that wants to stand together against such violence,” he told CatholicIreland.net.

“It is a strong community that will put pressure on those who have brought violence into the community.”

Earlier the leaders of the four main political parties condemned the killing in a joint statement where they described the killing as “an attack on the peace and democratic processes”.

“The murder of Lyra McKee is first and foremost a devastating loss for her grieving partner, family and friends, and our thoughts are with them at this awful time. Lyra’s murder was also an attack on all the people of this community, an attack on the peace and democratic processes.

“It was a pointless and futile act to destroy the progress made over the last 20 years, which has the overwhelming support of people everywhere. [The perpetrators have] no support in the community, must be brought to justice and should disband immediately.”

There was also a vigil in Belfast yesterday in memory of the popular journalist who grew up on a stretch of the Antrim Road in Belfast called the Murder Mile. She had recently moved to Derry.

Aged eight when the Good Friday Agreement was signed, she was part of the generation named the Ceasefire Babies, who were too young to remember the horror of the Troubles.

Discovering a vocation to journalism at a young age, Ms McKee liked to focus on the stories of forgotten people. Her first book, Angels with Blue Faces, deals with the murder of a Northern Ireland MP during the Troubles, while her second book, The Lost Boys, explored the disappearance of a number of children during the Troubles.

As a young gay woman, she had a huge sympathy for members of the gay community who felt there was no way out other than death by suicide. Describing how hard it was to come out in conservative and religious households in Northern Ireland, she said that when people saw “scripture as a licence to violate and punish people… the bar is set much lower for the local thug who thinks he can kick my head in. The Church needs to deal with that.”

In a 2017 Ted Talk, Ms McKee urged dialogue between gay and religious people. “When I stopped hating myself, I started hating religion,” she recalled, but then recounted how a visit to a mosque during a trip to the US made her realise that “conversations help people change their minds”.

She concluded her Ted Talk citing Jeremiah: “For I know the plans I have for you, declares the Lord, plans to prosper you and not to harm you, plans to give you hope and a future.”

One of Ms McKee’s best known articles was a piece she wrote in 2014, titled “Letter to My 14-Year-Old Self”, which was turned into a short film by Stay Beautiful Films.