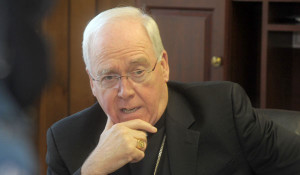 A prominent women’s group in Kerry has called on the Government to make pornography inaccessible in Ireland.

Members of the Kerry Women’s Interactive Network recently voiced their grave concerns over the scourage at their annual conference in Listowel.

Over 100 delegates outlined their fears over the proliferation and use of pornography in the digital age and pledged to contact the Minister for Communications Alex White to ask him to bring in legislation which would make accessing pornography much more difficult if not impossible.

Organiser Dee Keogh said the negative effects of pornography were most apparent among young men, many of whom come of age with no understanding of healthy, loving relationships due to their exposure to often sexually-violent imagery and behaviour.

“Pornography is now among the main agents of a massive erosion of mutual self-respect between the sexes worldwide,” she stated.

The concerns of the members of the Kerry Women’s Interactive Network follow the recent formal statement approved by the US Conference of Catholic Bishops (USCCB).

The statement, ‘Create in Me a Clean Heart: A Pastoral Response to Pornography’ was approved by the full body of bishops, with 230 votes in favour, 4 against and 1 abstaining at their autumn general assembly in Baltimore last Tuesday.

“My brother bishops’ approval of this statement shows our collective concern for the widespread problem of pornography in our culture today,” said Bishop Richard J. Malone of Buffalo, New York, chairman of the Committee on Laity, Marriage, Family and Youth (LMFLY), which led the statement’s development.

“As the statement says, virtually everyone is affected by pornography in some way. So many people – including within the Church – are in need of Christ’s abundant mercy and healing. My hope is that the statement can serve as a foundation and catalyst for increased pastoral attention to this challenge at the national and local level.”

The formal statement provides a basic catechesis on human sexuality and chastity, an explanation of why the production and use of pornography is a sin, an overview of its effects in our society, a closer look at its effects on men, women, children, young people, marriages and families, and a word of hope and encouragement to those who have been harmed by pornography use or in its production.

The statement’s main audiences are Catholic leaders and parents, but it is also intended to be helpful for those who struggle with pornography use and all people of goodwill who want to work together for a culture of purity and respect for all women and men.

The full text of ‘Create in Me a Clean Heart’ is available online at www.usccb.org/cleanheart along with other USCCB resources on pornography.