Kidnapped Jesuit is freed in Afghanistan 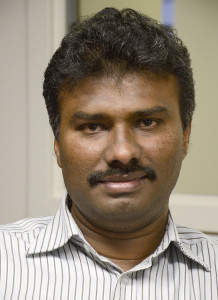 A Jesuit priest has been freed in Afghanistan having been kidnapped at gunpoint in June 2014.

The Jesuit Refugee Service (JRS) has issued a statement expressing delight at the release of Fr Alexis Prem Kumar and gratitude to the Indian government for its role in his release.

“The last eight months have been a long and difficult period of uncertainty for Fr Prem’s family, friends and colleagues. You cannot imagine our relief that he is now home, safe and sound,” said Fr Peter Balleis SJ, JRS International Director.

“We are aware of the tireless efforts at many levels to achieve his release and we are grateful for the consolation we have received from the prayerful support of countless friends – including those of the school children from the school where he was kidnapped.”

On 2 June 2014, Fr Kumar was taken at gunpoint by a gang of men (thought to be Taliban militants) in western Afghanistan.

He was there on a visit to a JRS-supported school for returnee refugees in a settlement not far from the city of Herat.

JRS has worked in Afghanistan with ten years even while Fr Kumar was in captivity. The charity was keen to see that Afghan students had continued access to quality education.

“Our role in Afghanistan has been to help displaced persons and their host communities, to offer them education and skills so they can rebuild their lives and those of their communities. We were close to the Afghan people before the abduction of Fr Prem and we will continue to accompany them in any way we can,” said Fr Stan Fernandes, JRS Regional Director in South Asia.

Forty-seven-year-old Fr Kumar is originally from the southern Indian state of Tamil Nadu.

Before moving to Afghanistan five years ago, Prem Kumar had worked with Sri Lankan refugees living in the southern Indian state of Tamil Nadu. At the time of his kidnapping, he was the JRS Afghanistan Director.

“Our attention now turns to the welfare of Fr Prem. All of us will do whatever we can to ensure that Prem receives the necessary attention and support from his family, his Jesuit brothers in the Society of Jesus, and his many friends and colleagues in JRS,” Fr Fernandes said.

Ucanews, Asia’s Catholic newspaper, reported that the priest was released at the weekend and been returned to his native India where Prime Minister Narendra Modi had taken a personal interest in the case and tweeted: “Delighted at securing the release of Indian Jesuit priest Fr Alexis Prem Kumar from captivity in Afghanistan.”

The Prime Minister spoke with the priest and his family.

There were 15 Jesuits at the airport to meet Fr Kumar who said he is keen to return to his mission in Afghanistan if his superiors want him to.

The Jesuit Refugee Service is an international Catholic organisation with a mission to accompany, serve and advocate on behalf of forcibly displaced persons.

It has headquarters in Rome and teams working in nearly 50 countries around the world including Dublin, Ireland.

JRS provides education, health, social and other services to approximately 950,000 refugees and internally displaced persons, more than half of whom are women.