A group of nineteen teenagers and five accompanying adults are representing  Ireland at a week-long World Citizens Camp in Argentina this week.

Teenagers from Dublin, Northern Ireland, Limerick, Kildare, Meath and Tipperary gathered on Friday (11 July) at Dublin airport, and in high spirits, before setting off on the long trip to Argentina just in time for the World Cup finals!

On Saturday 12 July, they visited the Irish embassy in Buenos Aires.

The World Citizens Camp began yesterday, Monday 14 July and runs until Sunday 20 July. It involves around 500 young people from all over the world. 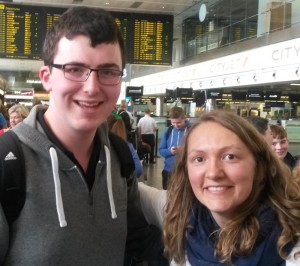 During the week they will experience unity amongst their peers – from all corners of the globe and learn the skills to promote human rights and intercultural co-operation through workshops on listening, valuing the other’s culture and communicating across cultures.

The main Citizens Camp takes place in the little town of O’Higgins, West of Buenos Aires, in Argentina.

Other initiatives linked to it are also taking place during the month of July in different countries of the world.

“These are practical steps towards our aim: to look afar in order to become world people,” according to Nadia and Agostino, international delegates of Youth for Unity, a branch of Focolare, and organisers of the event.

A final presentation from the unity lab will be streamed live on the internet on Saturday 19 July at 15.00 Irish time at live.focolare.org/rpu.

On 21 July, the Irish group departs for Paraguay, and for a week, they will have the opportunity to put the skills learned at the World Citizens Camp, into practice working with deprived children in schools and hospitals.

“The activities will take the form of working in a children’s home, a children’s hospital for those suffering from cancer and working in an indigenous settlement in Caazapa- distributing food and clothes,” said Catherine Burke, one of the leaders of the group. 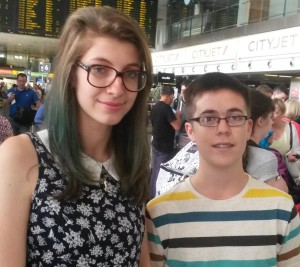 “In Caazapa we will also provide activities for the children including preparing a wall mural with the children from this indigenous settlement.”

The project will culminate with a sports Championship for the children in a school of the city of Capiata.

Among the goods the Irish group has brought with them to Argentina, is a box of footballs and hurls for the children of Capiata, and thousands of euro to support local social projects.

Youth for Unity is the youth branch of Focolare, an ecclesial movement of the Catholic Church.