Irish team to build dairy in Africa over Christmas 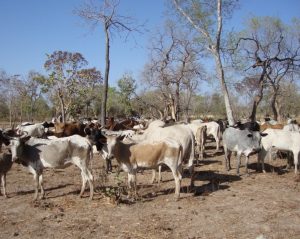 A Cavan optician who has been sharing the profits from his business to support the development of a farm school in Burkino Faso will lead a small working group to the country immediately after Christmas to help build a dairy there.

Paul Connolly, optician, is part of the Focolare’s ‘Economy of Communion’, an economic paradigm which aims to address acute social problems through businesses that split their profits, giving a portion to help economic initiatives in disadvantaged parts of the world. There are about 800 EOC businesses worldwide, including a small number in Ireland – in Cavan, Dublin and Kildare.

Mr Connolly will lead an eight-member team, to work at the Complexe Agricole Temuwe near Pahin, 250 km west of Ouagadougou, in Burkino Faso. They depart on 27 December and return to Ireland on 6 January 2018.

The project began when he met a Catholic priest, Abbé Expedit Gnoumou four years ago in Ireland. “Through our conversations I realised that he was very committed to help his people escape from subsistence farming,” Mr Connolly told CatholicIreland.

The Cavan optician decided to switch some of his regular EOC funds to this project and together with other EOC members and collaborators, has now contributed over €50,000 to the building of the school. 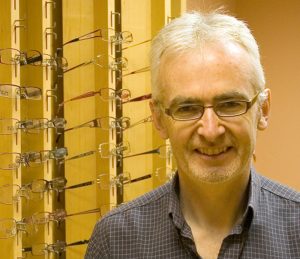 Students are already attending the school and the farm, where chicken and livestock are raised, has obtained important supply contracts from local businesses. “Fr Expedit was keen for us to visit this project,” said Mr Connolly. “We did not wish to go as the ‘rich white men’ but to go to help out. His reply was that the bricks would be ready!”

The group of eight is made up of three older men, four young men aged from 18 to 24 and “one brave girl”. Among those travelling is Kevin, a farmer and builder, and Michael, an electrician.

“The rest of us are the labourers,” said Mr Connolly. They will be assisted by local people from the community there.

Characterised by semi-arid savannah and forests, Burkina Faso is a landlocked country in West Africa. It is one of the world’s poorest countries, with around 45 per cent of its population living on less than US$1.25 a day. “Access to sanitation and electricity is poor, while insufficient investment in education and infrastructure make any development gains hard to maintain,” according to the World Food Programme.

The country has a primarily tropical climate with a rainy and dry season. Agriculture represents 32 per cent of its gross domestic product and occupies 80 per cent of the working population, which is mostly involved in rearing livestock.