The European Court of Human Rights (ECHR) has found in favour of Louise O’Keeffe in her case against the Irish State. Ms O’Keefe  had been sexually abused in 1973 by a lay teacher in a Co Cork primary school when she was aged nine. She took her case to Europe after all Irish courts right up the Supreme Court ruled that the state was not legally liable for the abuse she suffered. 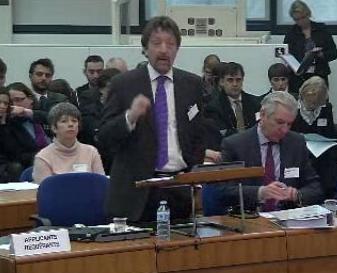 Louise O’Keeffe behind her lawyer at the ECHR

The ECHR Grand Chamber judgment, which is final, found that it was an inherent obligation of a government to protect children from ill-treatment and this obligation had not been met (a violation of Article 3 of the European Convention on Human Rights). It also found that the Irish State had failed to protect Ms O’Keeffe from sexual abuse and that with regard to her right to an effective remedy (Article 13) she had not been able to obtain recognition at a national level. ECHR found that there had been no violation of Article 3 of the European Convention as regards the investigation into the complaints of sexual abuse at Ms O’Keeffe’s school.

The ECR held that Ireland has to pay Ms O’Keeffe €30,000 damages and €85,000 in respect of the costs and expenses of the domestic and Convention proceedings.

In a press statement the Department of Education and Skills stated: “The abuse to which Louise O’Keeffe and many others were subjected to in our recent past is a source of national shame and it has taught us lessons that we as a country must never forget.”

The Department said that the detailed judgment of the ECHR, which is binding on the State, will now be assessed for its implications and the necessary steps to implement the decision of the ECHR will be pursued. 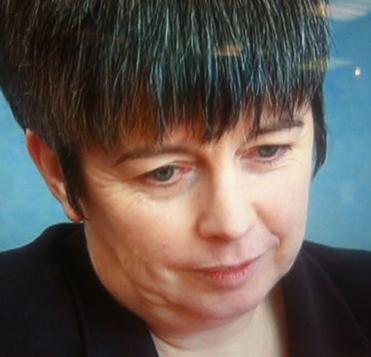 The Department of Education statement said that this case arose in the early 1970s and since then Irish society has faced the scourge of child sexual abuse in a wide range of settings.

“The State has put in place robust child protection measures with a central role for the recently established Child and Family Agency. Within the education sector, all schools are required to adhere to Child Protection Procedures which give direction and guidance to school authorities and school personnel in the implementation of Children First when dealing with allegations/suspicions of child abuse.”

In a statement Ernest J. Cantillo, Solicitor, Cork, on behalf of Ms O’Keeffe said: “This case has legal implications. The State will no longer be able to hide behind Boards of Management that they set up in an attempt to place a buffer between themselves and the responsibility for wrongs that might occur in the classroom. The State has considerable control over the running of schools and with that control, must come responsibility. The European Court has now placed that responsibility firmly at the door of the Irish State. They will have to deal with the outstanding cases having regard to this Judgement.”

This case arose out of the sexual abuse of Ms O’Keeffe by her school principal when attending at Dunderrow National School, Cork, in the early 1970s. Mr Leo Hickey was charged with 386 criminal offences of sexual abuse involving 21 former pupils. In 1998 he pleaded guilty to 21 sample charges and was sentenced to imprisonment.

Ms O’Keeffe was compensated through the Criminal Injuries Compensation Tribunal and brought a civil action against the perpetrator, Mr Hickey, and the Minister for Education and Skills, Ireland and the Attorney General. Mr Hickey did not defend the action and has been paying damages in installments. The case against the state then went on to the High Court and Supreme Court d and finally to ECHR which pronounced its judgment yesterday 28th January.