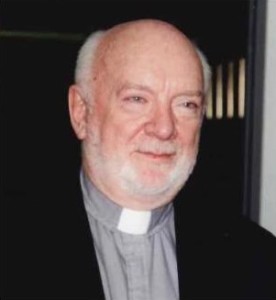 The death has occurred of an Irish Spiritan priest in Canada who made “an incredible contribution to Catholic education in the city of Toronto”.

Fr John Geary CSSp acted as Superintendent of Education for the Toronto Catholic District School Board between the years 1984-1989.

In a tribute, Fr Paul McAuley CSSp​, Provincial ​Bursar​ of the TransCanada Province, referred to the priest’s fifty-years of priesthood and passing on 31 December 2014 “after a courageous battle with cancer”.

In 1977, Fr Geary founded and became the first principal of Francis Libermann High School in Toronto, a new secondary school which was named in honour of one of the founders of the Spiritans.

He staffed the school was a small group of dedicated professionals, and the school quickly established itself as a model of academic excellence and faith experience.

Today, it continues to be a traditional, non-semestered, co-educational school which holds in high regard both academic excellence and Gospel values based around its motto and guiding principle, ‘Inter Mutanda Constantia – steadfastness in the midst of change’.

The school’s crest is based on that of Rockwell College’s emblem as Fr Geary was a student in the Co Tipperary boarding school before studying at University College Dublin and later at post graduate level in Friborg. He obtained a Doctorate in English Literature from the University of Toronto.

First assigned to Canada in 1961, Fr Geary taught at Neil McNeil High School where he became principal in 1968.

Francis Libermann CHS in Toronto which was founded by Fr John Geary in 1977.

After his retirement from the Catholic District School Board in 1989, Fr Geary began many years of service to the Spiritan community, first in 1990 as the House Superior of the Spiritan Generalate in Rome and then from 1993 until 1999 he served as the Provincial Superior of the TransCanada Spiritans.

From 1999 until 2007, Fr Geary studied in France and the USA culminating in a Doctorate of English Literature from the University of Toronto.

Following a short time as Superior of Laval House, Fr Geary became an English lecturer at Duquesne University in Pittsburgh until 2009 when he retired in Toronto to serve the community as archivist and historian.

Fr Geary was known for his strong interest in, and commitment to, Catholic education as well as to the refugee issue in Canada.

He was widely read and was known for his great rhetoric and writing abilities.

“He will be missed by his Spiritan confreres, family and friends,” Fr Paul McAuley said.

A cousin of Irish rugby legend and businessman, Sir Anthony O’Reilly, he described Fr Geary in an interview with The Word magazine in 2005 as “a most holy and learned man”.

The writer and communications lecturer, FX Carty told CatholicIreland.net that Fr Geary was reputed to have had “a legendary memory” and was “able to listen intently to a lecture at university without taking notes and then go back to Kimmage and effectively write the entire lecture verbatim”.