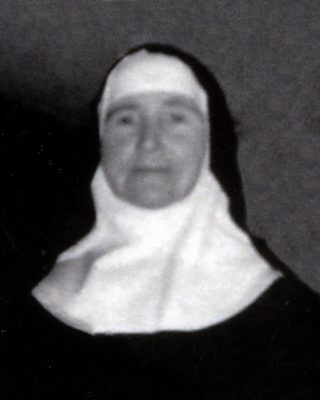 A missionary nun, who cared for Pope Francis as a newborn baby in Argentina, hails from Cavan, it has been revealed.

Sr Oliva Maria, one of the Little Sisters of the Assumption, was assigned to Buenos Aires and was in Flores when the Bergoglio family were expecting their first child, Jorge Mario (now Pope Francis). In December 1936 the family called on the Little Sisters for help and Sr Oliva Maria stayed for a week to care for the mother and her new baby.

Pope Francis often speaks of the Little Sisters, most recently in the foreword to a book Il Vangelo guancia a guancia (The Cheek to Cheek Gospel) published in March 2018 by Paola Bergamini on the life of Fr Pernet, who founded the Little Sisters with laywoman Antoinette Face.

Now Matt Moran, who wrote The Legacy of Irish Missionaries Lives On, has traced the origins of the Irish nun who helped Pope Francis in his earliest days to south Cavan. Matt Moran, who details in his book the reach of Irish missionaries globally and how their work continues with indigenous missionaries, said the story of Sr Oliva Marie demonstrates “the far-flung places to which Irish missionaries went and the diverse nature of their work and supports that they provided for the poor and marginalised”.

He told Catholicireland.net that Sr Oliva Maria was born Susan Cusack on 1 January 1889 to Philip and Ellen Cusack (nee Donohue) in the parish of Crosserlough near Kilnaleck in south Cavan. She was one of four girls (the others were Mary, Ellen and Kate)  and two boys (Thomas and Phil) in the family who lived on a small farm. She was baptised in Crosserlough’s St Mary’s Church, and attended St Mary’s National School. 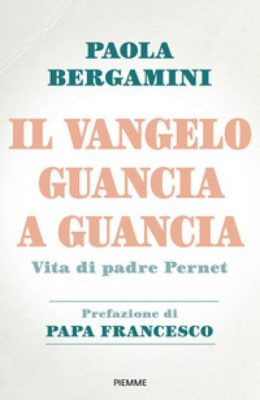 Susan joined the Little Sisters of the Assumption at Grenelle in Paris in 1909, and was professed in 1912. She served in Reims and Saint Etienne until 1923 when she went to South America, first to Buenos Aires and then Flores where she encountered the Bergoglio family. She spent many more years in South America and died on 31 October 1975 in Muniz, near Buenos Aires where she is buried. A number of relatives still live in Co. Cavan. Sr Oliva was mentioned in Crosserlough through the Ages – a book on local history published in 2013.

Pope Francis stayed in touch with the sisters over the years, in particular Argentinian Sr Antonia Ariceta, who helped the Bergoglios again the following year when she cared for the mother and new baby girl and the then one-year-old toddler who was to become Pope Francis.

“My father and my mother talked to us about the Little Sisters,” Pope Francis said. “They used to go zealously to houses where there was a woman who needed to be helped with the housework, prepare the children to go to school, and so on, a poor woman who could not pay for this help. Servants, poor servants who used to make a deep impression on me always …”

After Pope Francis was appointed Archbishop of Buenos Aires, he used to visit Sr Antonia and the La Inmaculada community regularly. When Sr Antonia celebrated her diamond jubilee in January 1999, he celebrated the Eucharist in the community’s house. On 15 August 2010 he presided at the celebration for the centenary of the arrival of the Little Sisters in Argentina and a representative of the Irish congregation was present.

The Little Sisters arrived in Ireland in 1891 to great poverty, with little or no state aid, poor housing and widespread disease. They established a house in Cork in 1899 and have a presence there to this day. In 2016, to mark their 125th anniversary, Carol Dorgan wrote a history of the Little Sisters in Ireland, To Tell Our Story is to Praise God. There are now just under 70 sisters in Ireland.