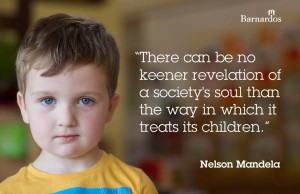 Barnardos has warned that hidden aspects of the housing crisis in Ireland is a “potential time bomb” for children.

As well as the 1,600 children living in emergency accommodation, Barnardos has highlighted that there are thousands more in sub-standard accommodation.

The children’s charity said these children are living in overcrowded, unsuitable and sometimes unsafe homes.

Its briefing paper The Hidden Housing Crisis highlights the problems with both emergency accommodation and in the private rented sector.

“Families living in emergency accommodation face numerous challenges we all know about – there is no space to cook, play or do homework and the nature of the accommodation often gives rise to serious child protection concerns due to the unknown quantity of other residents,” said June Tinsley, Head of Advocacy, Barnardos.

“In addition to the 1,600 children living in that environment we must add many thousands more who are living in overcrowded, unsuitable and sometimes unsafe homes, unable to move or demand better because they have no other options.” 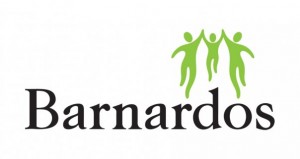 Barnardos project workers are seeing first-hand the true state of the housing situation across the country.

In Limerick, Melinda Hughes, Barnardos Project worker, while she was visiting a family saw a rat run along the kitchen counter.

“The family have nowhere else to go and are too scared of a rent increase or eviction to complain to their landlord,” she said.

Barnardos stated that while there have been some positives in housing policy in the past year, any impact has yet to be felt. The actual families Barnardos works with have seen no improvements and some have seen their situation worsen.

The shortage of properties means that up to three generations of seven, eight and more people can end up living in two bedroom homes.

So the overcrowding, disrupted sleep patterns and lack of personal space puts a strain on family relationships and can cause domestic violence and family breakdown.

Barnardos is seeing very young children in distress because of the instability and uncertainty.

Even when families get access to social housing, there can be issues such as dampness and lack of maintenance.

Families are led to believe if they become homeless they will get emergency accommodation immediately but this does not always happen.

The charity cites a case in Cork where one family was three weeks waiting to be put into a hotel.

The family with  two parents, a terminally ill child and two other children, had to sleep in their car until they were placed in a hotel.

June Tinsley concluded; “It is clear the housing crisis is not going away.”

She explained that a home has to provide a decent quality of life for children and not enough was done in 2015 to tackle this reality.

“The Social Housing Strategy’s key failing is its reliance on the private rented sector to provide accommodation and we are seeing just how badly this is working out. The first job of any new Government must be to take immediate action,” she said.

Barnardos housing policy recommendations are:
* Link rents to the Consumer Price Index to ensure greater security for tenants.
* Raise Rent Supplement rates to realistic levels so that recipients are able to compete for housing.
* Provide modular housing immediately and avoid placements in hotels and B&Bs.
* Make it mandatory for tenants to be given the option to stay in their rented accommodation if repossessed by a creditor.
* Expedite construction of social housing units across the country.

Under the Social Housing Strategy:

• 10,400 tenants were to be offered support under the Housing Assistance  Payment and the Rental Accommodation Scheme; but for 2015 it was 7,503.

The most recent data on the social housing waiting list indicates that 90,000 households were awaiting allocation in 2013; this figure is likely to be much higher now.