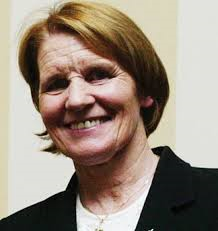 Family homelessness policy must be reviewed with a cast-iron time frame to ensure that no family remains homeless for longer than six months, according to Sr Stan, Focus Ireland Founder and Life President.

Speaking yesterday (22 June 2017) at the launch of the Focus Ireland Annual Report 2016, Sr Stan said: “There are also a number of actions the Minister – and the government – could take to quickly make a major inroad towards easing this very human crisis.”

Incentives for people to rent out empty houses and penalties to prevent developers hoarding building land were among her suggestions.

She added: “We also need to introduce binding legislation to fully protect tenants against financial institutions and vulture funds foreclosing on buy-to-let properties. We know from our front-line services that this is now a major cause of homelessness.”

Sr Stan accused the Irish government of voting down legislation last year to stop evictions of tenants in buy-to-let properties that are being sold. (Fianna Fáil abstained.)

“We believe if the legislation had been passed as many as 20 of the families who became homeless in Dublin every month would still have a home,” she said.

The new Minister for Housing Eoghan Murphy, who announced a review of housing and homeless policies, admitted he will not meet the 1 July deadline of his predecessor Simon Coveney to end B&B and hotel accommodation for families.

He said there has been some progress, with just under 650 homeless families being accommodated in commercial hotels and B&Bs in the Dublin region compared with 871 families at the end of March.

He added that all four local authorities have promised that 650 families will be in new accommodation or notified in writing about their new housing by the end of June.

However, the Minister said that because of the increased numbers of families presenting as homeless over the last month, the deadline to end B&B/hotel accommodation will be extended “by a few weeks”.

The Focus Ireland Annual Report 2016 shows that the charity supported over 13,500 people in 2016. There needs to be a shift away from “managing homelessness” towards ending the crisis, according to Focus Ireland, which stated: “No emergency accommodation will ever replace a place to call home.”

Minister Eoghan Murphy launched the annual report and officially opened the charity’s new 28-unit housing development at Harold’s Cross in Dublin, which will accommodate people who are elderly or have disability needs. The land for the housing was donated by the Sisters of Charity and the project was funded by the Department of Housing.

Chairperson of Focus Ireland Gerry Danaher said the new homes have been provided under the charity’s strategy target to provide 600 more homes by 2020 to help tackle the growing homeless crisis. A total of 135 new homes were provided in 2016 compared with 35 the previous year, bringing the number of Focus Ireland owned or managed housing units to a total of 820 in 2016. 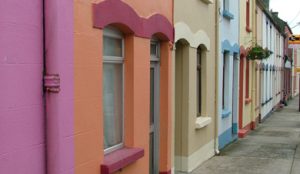 At the launch, Focus Ireland acknowledged the previous Minister Simon Coveney’s commitment to tackling the issues and also welcomed Minister Murphy to his new role, but demanded urgent action to provide homes.

“No form of emergency accommodation provides a home or an end to homelessness for any family or individuals,” said Gerry Danaher.

Focus Ireland welcomed the Minister’s announcement that his department is holding a review of its housing and homeless strategy, Rebuilding Ireland, which is to be concluded in three months, allowing for more specific policies linked to clear deadlines.

Focus Ireland continues to work in partnership with the Dublin Regional Homeless Executive, and supported over 320 families out of homelessness in 2016. However, the crisis still continued to deepen as an average of 80 families have become homeless every month so far this year, compared with 60 a month last year.