The Irish Government has been urged to address the concerns of African families living in Ireland.

On Africa Day, the Immigrant Council of Ireland warned that family rights, access to work and education as well as citizenship are issues needing to be addressed by the State.

“We should be proud that Ireland is one of the few countries outside of the continent to publicly celebrate Africa Day. It is an occasion we can reflect on the strong relationship we have with many countries,” said Brian Killoran, Chief Executive of the Immigrant Council of Ireland.

“However, it is also an opportunity for the Government to recognise the many challenges and difficulties faced by people and families of an African background who have chosen to make Ireland their home and have made a commitment to this country.”

Celebrating Africa Day 2015 on Sunday (24 May) the Council called for commitments from politicians to re-unite families torn apart by red tape, to ensure full access to work and education, and to reduce the huge cost for families seeking Irish citizenship.

The Immigrant Council stated that failure to address these issues could lead to divided communities and unintended segregation. The Council listed issues it would like to see addressed:

• introduction of a modern, efficient and fair immigration system with the protection of the Office of the Ombudsman
• National Action Plan to combat racism and a National Integration Strategy
• right of family reunification – to reunite those families torn apart by red tape
• school admissions bill to ensure equal access for all
• reduction in our Citizen Application Fees which are currently amongst the highest in the World

Last year the Immigrant Council of Ireland responded to more than 5,000 calls for help from migrants and their families. 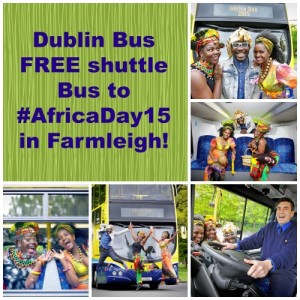 Irish Aid hosted the flagship ‘Africa Day Dublin’ on Sunday in the grounds of Farmleigh House.

Speaking at the launch, Minister for Foreign Affairs and Trade, Charlie Flanagan stated, “2015 is the European Year for Development, aimed at demonstrating Europe’s commitment to eradicating poverty worldwide and inspiring more Europeans to get engaged and involved in development.”

He added, “Our annual Africa Day celebrations in Ireland present an ideal opportunity to show how Ireland’s commitment to international development has helped to forge strong links between our country and a wide range of African nations. The celebrations also showcase the important contribution made by the African diaspora in Ireland – to our economy, our society and our evolving culture.”

The Minister of State for Development, Trade Promotion and North-South Co-operation, Sean Sherlock, said that Ireland is one of the few countries around the world to celebrate Africa Day in such a public way and Irish Aid is delighted to continue to commemorate the anniversary of Africa’s unity.

As well as the day in Farmleigh in Dublin, city councils around the country, including Cork, Limerick, Galway and Waterford have also hosted events to enable people to experience the culture and traditions of Africa at events during the week leading up to and on Africa Day.