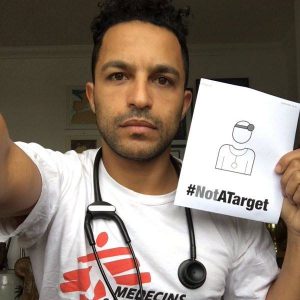 At least three people have been killed in another attack on a hospital in the Syrian city of Aleppo, and a further 17 were injured yesterday (3 May).

The latest attack on comes shortly after last Wednesday’s, airstrikes which destroyed the Al Quds Hospital in Aleppo and killed at least 50 people, including one of the last remaining pediatricians in the city.

After that first attack, the Catholic bishops of Aleppo said “We are children of the Resurrection, of Hope, and we firmly believe that this suffering will not be in vain. Following the footsteps of the saints and martyrs, we add them to the Passion of Christ, so they may become sanctified and sanctifying suffering, for peace in Syria and the salvation of our city.”

The attacks were in both in neighbourhoods controlled by the government and rebel militias, with artillery launches and bombings which hit a hospital run by Médecins Sans Frontières (MSF).

In a message sent to Agenzia Fides, the Catholic bishops of Aleppo launched an appeal “to the consciences of those who project and carry out this war”, to stop for the “love of God” and “mercy of men” for “the cry of blood of children and martyrs” and “for the tears of the bereaved mothers”. 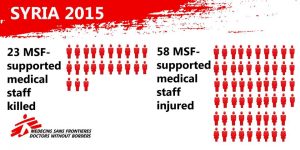 The Catholic Bishops also expressed concern for the suffering of their brothers in faith and all their fellow citizens.

They urged people not to “give in to sadness and despair”, and stated that by a “mysterious participation in the passion of Christ” the suffering of Christians in Aleppo makes sense to the world as something of the Gospel.

This is the real meaning “of why we Christians are and remain in Aleppo,” they stated.

They urged the Catholic pastors of the martyred Syrian city to renew the consecration of Aleppo to the Immaculate Heart of Mary. 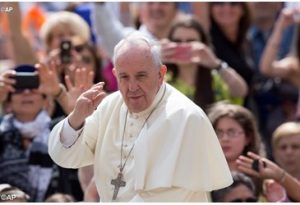 On Sunday, following the attacks in Syria, Pope Francis renewed a call to bring about “peace through dialogue”.

“I receive with deep sorrow the tragic news coming from Syria, about the spiral of violence that continues to aggravate the already desperate humanitarian situation of the country,” he said in his address in St Peter’s Square.

Speaking in particular about Aleppo, the Pope remembered the “innocent victims,” namely the children, the sick, and “those who with great sacrifice have pledged to help others.”

She said, “Last Wednesday, airstrikes obliterated Al Quds Hospital in Aleppo. They blew apart at least 50 men, women and children. It killed one of the last remaining pediatricians in the city. A murderous airstrike.”

She explained how there has been 300 airstrikes in Aleppo over the last 10 days.

“Civilians, often in crowds, were repeatedly struck. What are individuals in wars today? Expendable commodities, dead or alive. Patients and doctors are legitimate targets. Women, children, the sick, the wounded and their caregivers, are condemned to death,” she said. 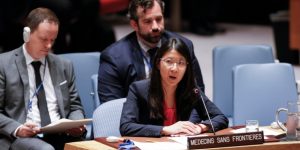 She added that attacks on hospitals and clinics, schools, markets, and houses of worship are routine.

Dr Liu told the UN that it is charged with protecting peace and security.

She urged the UN to uphold its obligations and ensure the protection of the impartial provision of healthcare in conflict.

MSF has launched a social campaign to highlight that medical staff are not a legitimate target in war, titled #NotATarget.