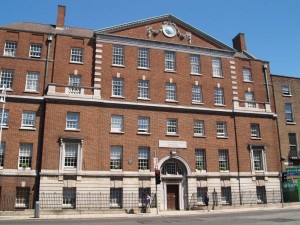 A review of cases at the National Maternity Hospital in Holles Street in Dublin has confirmed that there was no basis for a front page story in the Irish Times claiming that a woman’s life had been saved after being given an abortion under the Government’s new abortion legislation.

The hospital has categorically stated that the case given prominent coverage in the Irish Times on 23 August 2013 “did not exist.”

Under Freedom on Information enquiries by the Sunday Times, the National Maternity Hospital released details of its correspondence with the Irish Times and its internal investigation.

An enquiry team was asked by the hospital’s executive management team to establish if the paper’s report was correct and if there had been a breach of confidentiality.

The search included all twin pregnancies, focusing in particular on two cases.

According to the Sunday Times: “In the first ‘the consultant states categorically that no mention of termination of pregnancy was made to this family and the term was not used in the discussion with the woman or her partner’, the report stated.”

Consultants said that as labour had commenced spontaneously, the administration of oxytocin to deliver the second twin “could not be regarded as termination”.

In the second case oxytocin was administered to “expedite delivery in the presence of an inevitable miscarriage.”

The report concluded, “The conclusion of this investigation therefore is that the case described by Mr Cullen [Irish Times journalist who broke the story] does not exist at the National Maternity Hospital.”

In its report, the Irish Times said the National Maternity Hospital in Holles Street carried out the abortion on a woman, who was 18 weeks pregnant with twins, because there was a “real and substantial” risk to her life and because her pregnancy was no longer considered viable although there was a foetal heartbeat present.

The paper compared the case to that of  Savita Halapannavar, as the woman has begun to show signs of sepsis.

Commenting on the review findings published in the Sunday Times, Niamh Uí Bhriain of the Life Institute said that the most significant fact emerging from the investigation was that it was very clear doctors did not require abortion to save a mother’s life.

“The Irish Times wanted to present this case as an example of why we needed legalised abortion: hence their comparison of the supposed abortion with the case of Savita Halappanavar, and their front page heralding of a life-saving ‘abortion’ carried out under the new legislation,” she told CatholicIreland.net.

But she said, they were “badly caught out by the truth: there was no abortion, and, according to hospital’s internal investigation, doctors categorically stated that there was no mention of termination of pregnancy in any case involving infection or miscarriage.”

The legislation had not even come into effect so an abortion could not have been carried out in any case, she added.

Cora Sherlock from the Pro Life Campaign (PLC) said that in addition to misleading its readers with a baseless story, the Irish Times packaged the report on page one with the headline ‘first abortion carried out under new legislation’ giving “a very clear impression that the new legislation had saved a woman’s life.”

“It also strongly implied that had the legislation been introduced earlier the tragic case of Savita Halappanavar would not have happened.”

Ms Sherlock said the paper had misrepresented the tragic story of Savita “from day one”.

“Three official reports have shown this to be the case. Now we have confirmation that their ‘life- saving’ abortion story did not exist.”

She accused the paper of selecting stories which “push for more abortion while burying stories that show abortion in a poor light”.

“Many politicians and others in public life know this to be the case but they are too terrified to say it for fear of offending the media or falling out of favour with certain journalists,” she said.

The Irish Times published its apology for the story on 31 August 2013.