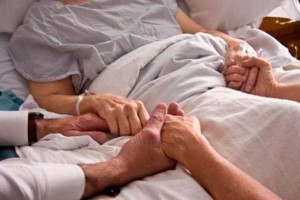 The Irish Hospice Foundation (IHF) has described the decision by the Joint Oireachtas Committee on Health and Children to hold public hearings on end of life care as historic.

“We commend Deputy Jerry Buttimer and the Deputies and Senators from all political parties on the committee who have agreed to spend time over the coming weeks looking at how people are being cared for in Ireland when they reach the end of their lives and what steps can be taken to ensure that people can die well,” Sharon Foley, Chief Executive Officer of the IHF, said.

“This is an historic opportunity for Ireland and the IHF is delighted to have been called to share its experience and perspective,” she added.

About 29,000 people die in Ireland each year including about 350 children who die from life-limiting conditions.

According to research from the Hospice Foundation, most people wish to die at home. However, currently seven out of 10 people die outside their own home, with almost half or 43% dying in busy acute hospitals.

“We have home care teams all over the country, and 150 nurses dealing with home care,” Caroline Lynch from IHF told CatholicIreland.net. “But we need more nurses,” she highlighted.

Commenting on the high death rate in acute hospitals (41%), Ms Lynch said that where there was a hospice care in an area, there was always more home care too which made it easier for people to die at home.

A report earlier this year (June 2013), showed that an estimated 2,500 patients each year are denied access to the hospice inpatient care they need because of a lack of hospice services countrywide.

Today (October 12th) is World Hospice and Palliative Care Day – a unified day of action to celebrate and support hospice and palliative care around the world. The theme for the 2013 day is ‘Achieving universal coverage of palliative care: Dispelling the myths.’

The Oireachtas Committee on Health and Children, chaired by Deputy Jerry Buttimer, is to spend a total of five days in the coming weeks hearing testimonies from professionals and organisations involved in delivering palliative care, care for people with life-limiting conditions and end-of-life care in Ireland. 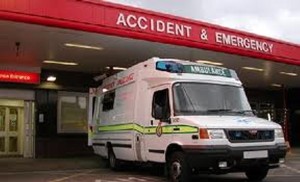 The hearings begin on 24 October and will cover all settings and ages, including bereavement care. Nationally around 290,000 people are newly bereaved each year.

The start date for the hearings coincides with the day of Forum 2013, a national conference organised by the National Council of the Forum on End of Life in Ireland – an initiative of the IHF, which is chaired by Mrs Justice Catherine McGuinness.

Ms Lynch said the Oireachtas hearings would be an “interesting opportunity to bring people in and tell them about the initiatives that are happening, and to see where the deficits are.”

Among the Foundations new initiatives is a programme to ensure good standards in end of life care for babies and very young children in hospitals.