Focus Ireland has called for a moratorium on the eviction of families in private sector accommodation.

The call came as it emerged that 74 families became newly homeless in Dublin in April. Elsewhere, a new report revealed that there are almost quarter of a million empty houses across the country.

“There was a moratorium for home owners at the beginning of the last government which had a huge impact in terms of helping people hang onto their homes. We think the Government should be seriously considering taking similar action in terms of the private rented sector,” Mike Allen, Director of Focus Ireland, told RTE News. 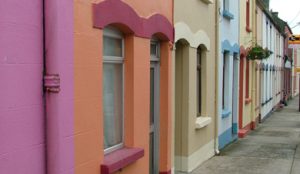 The Housing Agency, in its new report, said that the 230,000 empty homes equates to two years’ worth of housing supply.

It urged the Government to provide grants or tax incentives to help refurbish houses and get them back on the market for rent or sale.

Such houses could fill the shortfall in supply until some of the many promised house building projects deliver completed houses.

The Focus Ireland Figures Report states that 366 families and 731 children became homeless in Dublin in the first four months of 2016.

“These figures clearly show the family homeless crisis is deepening with 366 newly homeless families referred to Focus Ireland’s Family Services in the first four months of this year compared to a total of 739 becoming homeless in Dublin during the whole of last year. Many more single people have also become homeless during this time,” said Mike Allen.

He said that the crisis is deepening and warned that increase in families becoming homeless combined with pressure on hotel rooms sees the re-emergence of families at risk of sleeping rough.

The charity’s Housing First street team operated jointly with the Peter McVerry Trust is increasingly working with families that have not obtained emergency accommodation late into the evening.

In collaboration with the DRHE (Dublin Region Homeless Executive) and other homeless organisations, there are some ‘safety net’ options but these are being triggered more frequently.

“This situation puts added stress on parents and children who are already in crisis. We are again at a point where it will just take one more thing to go wrong before a family is left with no shelter for the night,” stated Focus Ireland.

Focus Ireland will highlight the need for effective measures to prevent households becoming homeless at the Oireachtas Committee on Housing and Homelessness later this week.

“There comes a point where there are no more B&B’s and no more hotel rooms. Unless it takes radical measures to prevent families losing their homes in the first place, the Government will either have to commandeer hotel rooms or face families being forced to sleep in currently unthinkable situations,” stated the Charity.

The increase brings the total number of families living in emergency accommodation in Dublin to a record 888 with 1,786 children.

The Housing Agency report stated that: