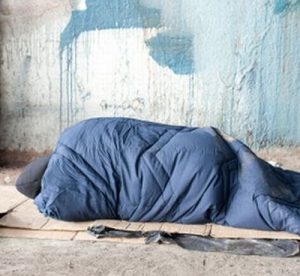 The highest ever number of people sleeping rough has been counted in the latest winter count in Dublin.

Pat Doyle CEO of the Peter McVerry Trust (PMVT) said “It’s clearly not acceptable. Preparations are underway at PMVT to provide an additional 85 emergency bed spaces before Christmas, bringing the total to 202 across Dublin. The real need remains, for more housing options to enable people to get off the street and “exit homelessness for good.”

Mike Allen, Director of Advocacy, Focus Ireland said, “It is vital to always remember that behind every one of these numbers we are talking about is a man or woman who is sleeping rough on the street or on the floor in a night café.  This is wrong and totally unacceptable.”

Another new set of figures from the Government show that the crisis continues on a downward spiral as a new record total of 8,492 people are homeless nationwide. This is a rise of 118 from the September 2017 figures of 8,374 men, women and children homeless.

Mike Allen said, “While much good work is being done to prevent people from becoming homeless the constantly rocketing rents and a growing number of buy-to-let homes being either repossessed or sold is causing a constant rise in the numbers being forced into homelessness. These extra beds will be welcomed by people who would otherwise be forced to sleep on the streets. However, it once again shows that the Government constantly reacting to the problem rather than taking more immediate action to solve it. The response we really need – an adequate supply of affordable housing – is coming so far down the track that it is hard to see when it will ever arise.”

Focus Ireland warned that these two new sets of figures clearly show that the homeless crisis is continuing to deepen with less than five weeks to Christmas. The charity welcomed the Minister for Housing’s announcement of the Cold Weather Initiative for Dublin and new emergency beds. 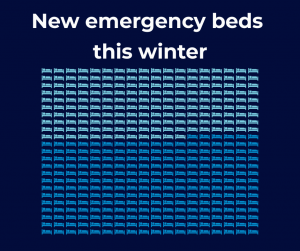 Mike Allen added that this is also the first year when there was a need for Cold Weather Strategies for Waterford, Limerick, Cork and Galway as rough sleeping is rising across the country.

Both Focus Ireland and the Peter McVerry Trust deliver the Housing First programme which aims to get people off the streets and into a home as quickly as possible. Once housed the individual is provided with the intensive support that is often required by people who have been sleeping rough to help them sustain the tenancy. This approach has had a high success rate worldwide, but requires access to homes to work .

“It is really disappointing that despite the fact that the Government is talking about Housing First as the solution to rough sleeping,  all the time more and more emergency beds are being opened,” said Mike Allen.

The Housing First project has to date created 180 tenancies for people who were previously sleeping rough, more than exceeding the three year target of 100 which was set in 2014. The challenge faced by Focus Ireland and the Peter McVerry Trust  is to scale up. For this they need the support of Government to provide the housing and overcome the acute lack of affordable housing that has hindered the project to date. Focus Ireland stressed that to achieve this target, a mix of tenancies across various areas in Dublin are required and these could be ring-fenced.